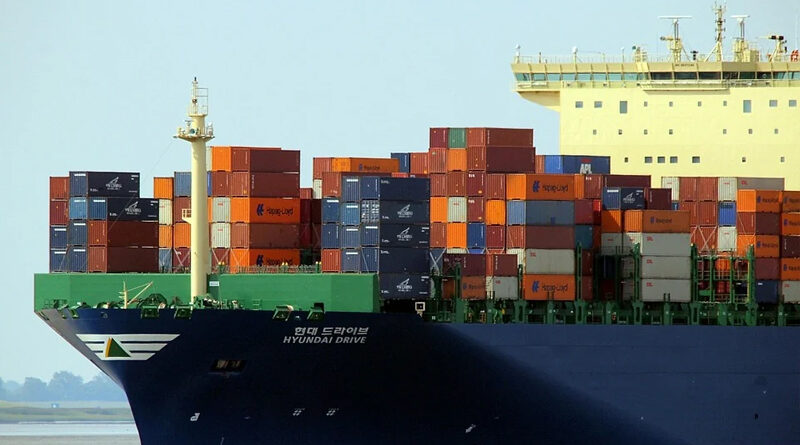 On March 3rd 2021 the UK Government made some announcements about the new Freeports as part of the Spring Budget 2021.

National Highways took this as an opportunity to try and associate the LTC with this latest news, via updates such as on their Facebook page

Exciting news in today’s budget about Freeports and the connectivity of the #LowerThamesCrossing, helping to create jobs and driving clean, sustainable growth across the UK. Read more here: https://highwaysengland.co.uk/our-work/lower-thames-crossing/latest-news/exciting-opportunities-with-freeports-and-the-connectivity-of-the-lower-thames-crossing-announced-today/

So what is a Freeport and what is the connection to LTC?

Freeports are areas of operational and development land linked to a port where normal tax and customs rules do not apply.  The main Freeport in question, in relation to the LTC, would be the Thames Freeport which is made up of DP World London Gateway, Tilbury Port, and Ford’s Dagenham engine plant.

Right, let’s be clear about the fact that the Port of Tilbury only ever agreed to support the proposed LTC route if they got a direct connection/junction to it.  National Highways added the Tilbury Link Road to the LTC design, which was publicly part of the scheme for sometime, but has since been removed. However, the Port of Tilbury, National Highways, and Thurrock Council have since been in discussions regarding the Tilbury Link Road as a separate stand alone project.  It was referenced in RIS2 (Spring 2020) as a RIS3 pipeline project.  Our opinion of this is that this allowed NH to reduce the overall cost of LTC, by removing the Tilbury Link Rd from the scheme, and thus making the cost and Benefit Cost Ratio for LTC look better than it truly is, due to it being moved sideways as a separate project. A false economy.

So does LTC offer connectivity to Thames Freeport?

In short, the answer is no!  As highlighted above National Highways removed the Tilbury Link Road from the LTC scheme, and thus removed connectivity via the LTC from the Port of Tilbury. (We’ve drawn the proposed Tilbury Link Rd onto this map in orange – remember this is not now part of the LTC proposals) 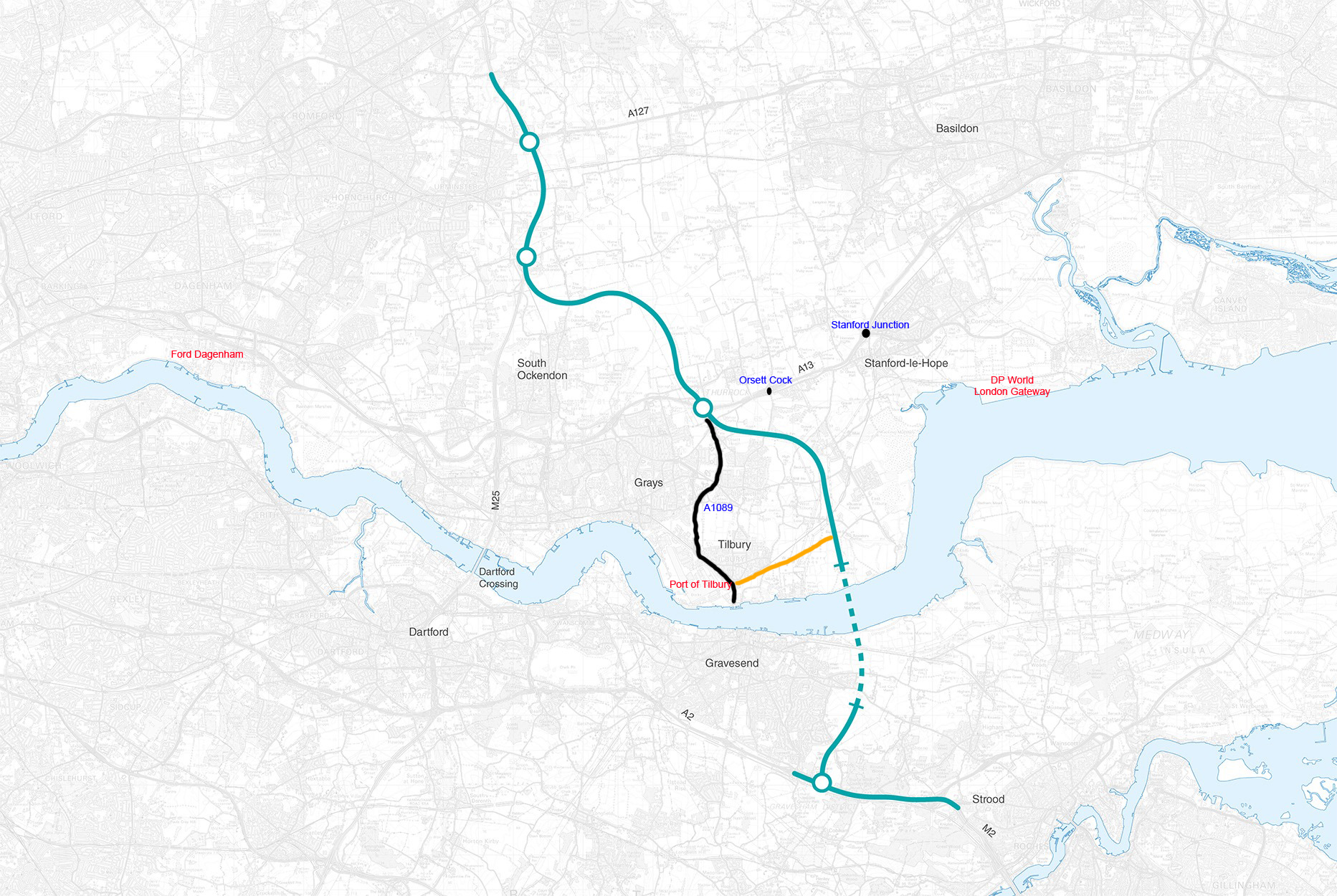 Let’s get our bearings! The Port of Tilbury is at the southern end of the A1089 which runs down to the port from the A13.  Currently there is direct access to and from the A13 and A1089 in both directions.

However, if the LTC goes ahead, whilst A1089 traffic (northbound) would have access to get onto the LTC in both directions (north and south), it would not allow traffic from the LTC to gain access  to the A1089 southbound down to the Port of Tilbury.  The current access from the A13 westbound onto the A1089 south would severed if the LTC goes ahead.

As of the Local Refinement Consultation (2022)
Without the Tilbury Link Road any LTC traffic wanting to access the Port of Tilbury ( or anything else to the southern end of the A1089) will have to come off the LTC at the A13 (heading eastbound) and use the new Orsett Cock to A1089 south connection.

There are many concerns about this new connection, and the lack of direct connection to the A1089 from the LTC because of the impacts it would have on the existing road network and local communities.

It wouldn’t take long for the Orsett Cock roundabout to start getting congested, which would then result in traffic using other routes to get to the A1089, whether that be local roads or the Stanford Detour.

It is also very important to also realise that the Stanford junction on the A13 is the main access to DP World London Gateway, as well as to Stanford and Corringham etc.

How NH can talk about the proposed LTC will create better connections for the region’s ports is beyond us.  Clearly the proposed LTC would not offer proper connections for the Port of Tilbury, it would negatively impact routes for DPWorld and London Gateway, and offers no connection at all for Ford Dagenham.  Seems to us that this is just another case of NH misleading people, and trying to make the LTC look better than it is.