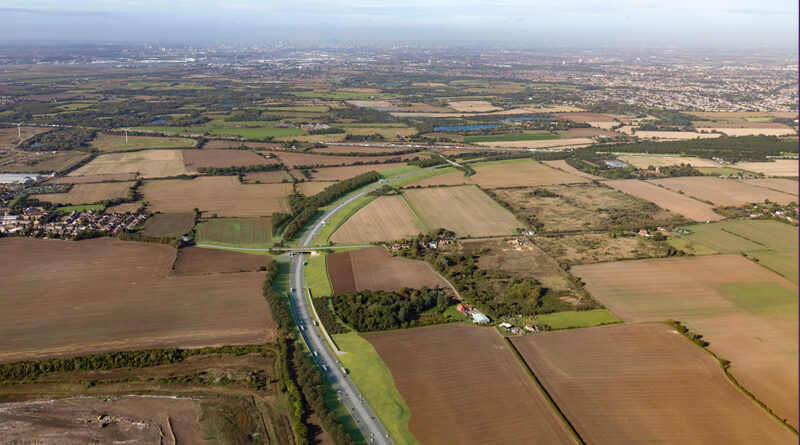 Part of the Lower Thames Crossing proposals include the North Rd ‘green’ bridge in South Ockendon, but what do we know about it?

In the Local Refinement Consultation in 2022 National Highways announced some changes to the level of the LTC within the cutting that would pass underneath North Rd – click here to find out more.

———–
LTC would be 5.5 metres deep with North Road raised approximately 4 metres above it’s existing level to cross over the new road.

We have had these details confirmed by HE/LTC because firstly Map Book 3 – Engineering Plans are not a straight forward read for most members of the public.  And secondly because we are aware that there have been errors in previous versions of Map Book 3.

Info can be found on Sheet 17 of Map Book 3 – Engineering plans.

Map of the area

Below is a map showing the area to help put into perspective about where we are talking about.  This map shows South Ockendon labelled at the bottom of the image, with North Rd running bottom to top, and the proposed LTC running across the image. The section in the middle of the image represents the proposed ‘green’ bridge. 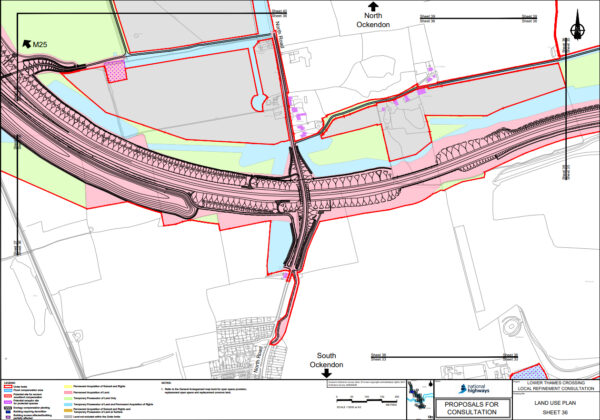 For reference the reason we refer to the proposed bridge as a ‘green‘ bridge is because we do not consider what is being proposed to be a true green bridge that most people would expect when picturing a green bridge in their head.  Full details have not been provided, nor has an image of what the bridge will actually look like from travelling along North Rd perspective.  But from what we can tell the bridge will facilitate North Rd, a combined footpath, cycle route, bridleway, with a narrow strip of grass either side.  Not the green sweeping bridge that most of us picture in our heads when we hear green bridge.