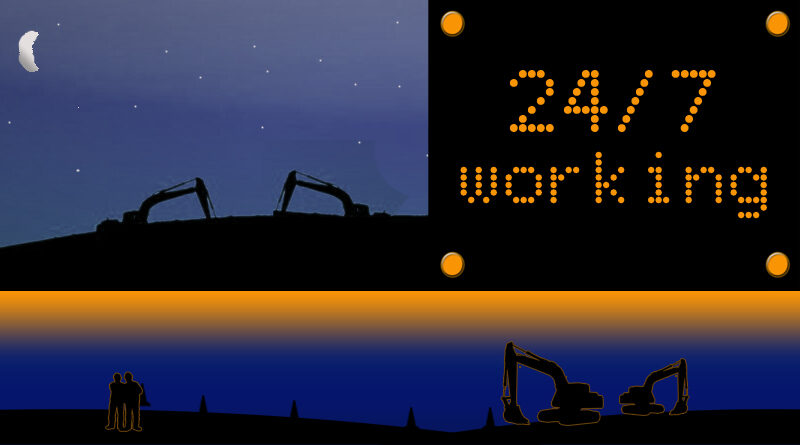 If you only had a chance to look through the consultation guide you would have missed it.  We mean, it’s not like in a Community Impacts Consultation you would expect HE to make it obvious they were proposing such a horrendous impact to communities, is it?!

There are mentions of the new 24/7 construction hours within the different Ward Impact Summaries, but we certainly don’t feel they are clear and informative.  To us it appears HE are attempting to push through these crazy construction hours to attempt to make up for the time they have lost with all the delays, and are doing their best to try and keep it under the radar.

So where are these new 24/7 construction hours?

Looking at the interactive map:

South of the river

North of the river

NB. there are also some additional areas that we need to seek clarification from HE on.

These screen captures are only to give you a quick look, we recommend clicking through to the interactive map for more detail.

You will need to select the Noise and Vibration layer to view the new 24/7 construction areas.