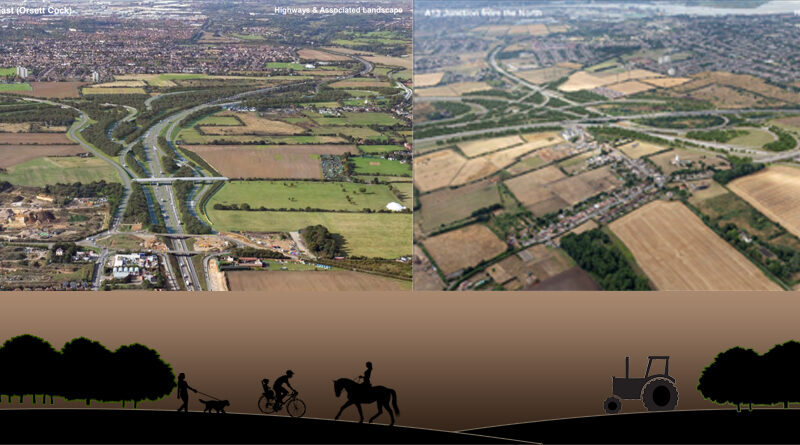 The HE presentation started with some comments regarding biodiversity, including impacts to things like woodland and the kind of tree planting that is being proposed as part of proposals. 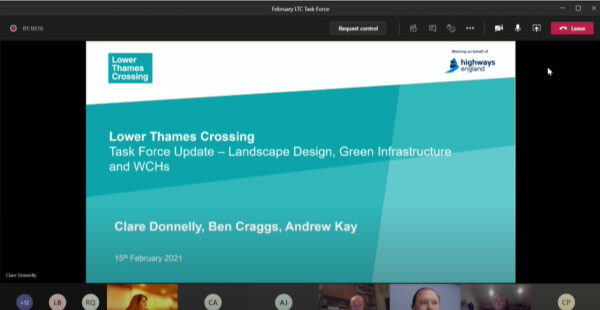 They also mentioned that they are proposing over 400ha arable land converted to semi-natural habitats.  Whilst we’re all for nature and natural habitats we are asking further clarification on what exactly semi-natural habitats are.  We also question the loss of arable farm land, especially at a time when as a country we need to be more self sufficient, and the fact that any reduction in farm land means more miles travelled for crops that are lost and have to be brought in from other places.

We could identify with the suggestion of increases in watercourses and wildlife ponds, since most people who know the area are fully aware that much of where they are proposing building the LTC is on or near flood plains and the LTC would just add to that. We’re not sure that is what HE meant, but it’s what we were thinking!

It moved on to the topic of Public Rights of Way, or footpaths, cycle routes and bridleways. There were slides that showed various research they have done into usage by walkers, cyclists, and horse riders in the area. The general theme that they seem to repeat on the presentation slides was that in Thurrock users north of the A13 tended to use these means to get around for leisure. Whereas users south of the A13 tended to use them more for commuting east to west.

They also stated that in Thurrock their proposals would see

A total 22.1 km new or upgraded routes in Thurrock

The presentation then moved on to cover ‘Proposals from the previous DCO application in Thurrock’, which included what they refer to as the Ockendon Link (from page 20), the A13 junction (from page 34), and the Chadwell Link (from page 47). Here they gave visuals of some sections of the proposed LTC in these areas (although the ‘Chadwell Link’ appears to be more visuals from the Linford area, rather than Chadwell St Mary). (Don’t forget some other areas were covered in the January LTC Task Force meeting)

Reference was also made to Buglife B-Lines, which show the ‘insect pathways’ for pollinators such as bees. A map showing these areas and the proposed LTC development boundary was shown, and it was suggested that this was part of the reason for ‘green’ bridges in those areas to allow the pollinators channels to cross LTC!  This point was questioned by a number of members of the LTC committee.  How do HE expect the pollinators to know they need to cross at the ‘green’ bridges? 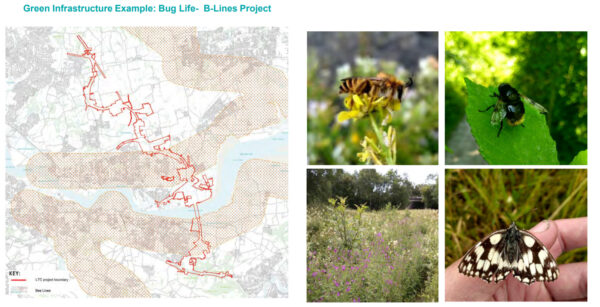 All in all, and not surprisingly, we at TCAG were not impressed, and still remain of the strong opinion that there is nothing ‘green’ about the proposed LTC.

Please click through the pages of the presentation and take a look at the visuals.

Watch the meeting, including the presentation in full

Here’s the meeting in full, for those that wish to watch either here or on YouTube.