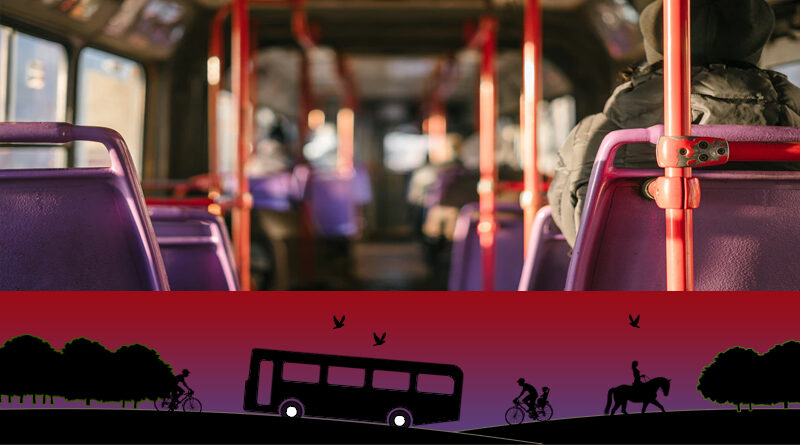 With Climate Emergency being declared all over the world, and the UK hosting COP26 in Glasgow this year it is important that the planning of the National Network, including road projects like LTC should take public transport and NMU (Non Motorised Users) into consideration.

However, as we have said time and time again HE are not taking important aspects into consideration with their proposal for LTC, and that includes public transport and NMU.

Questions have been asked by others as to why consideration is not being given into a split road/rail tunnel.  In actual fact there have been discussions of a non-Government crossing further down the River Thames that would be a double decker road/rail tunnel.  Currently if you wish to get from North to South of the river or vice versa by train you have to go all the way into London and back out again. This takes considerable time and cost.

Kenex Tram have their plans to bring public transport trams to the region, more info can be found on their website.

Public transport and NMU at the current Dartford Crossing

Ensign Bus Company run their X80 service across the river between Lakeside and Bluewater. Despite best efforts this service often suffers delays and cancellation at times when there are incidents at the Dartford Crossing. We know that the Dartford Crossing will remain over capacity even if LTC goes ahead, so that would still be impacted. We also know HE are not taking into account or planning how traffic will migrate between the two crossings when there are incidents (if LTC goes ahead), and that there aren’t adequate connections in place. So LTC will not help the bus service and those who wish to use it as a sustainable mode of transport.

But what of public transport and NMU in regard to the LTC?

HE have categorically stated that Non Motorised Users (NMU) will not be able to use the proposed LTC.  Despite the fact they now refer to it as an all-purpose trunk road (as opposed to the motorway reference they always used to give it), it will be created to ‘smart’ motorway standards and will have motorway restrictions because of the way it is designed to connect the M2/A2 and M25.

Despite numerous requests from many, there will be no option for NMU to use LTC to cross the river.

But what about buses potentially using the LTC for a new route from Thurrock across to Kent?

Well that too would likely be highly unviable due to the lack of adequate connections for buses to get on and off the LTC.  For instance Ensign buses have their depot in Purfleet, and if they wanted to use the LTC for a new route it would have to go via the Stanford junction on the A13 regardless of the bus route, purely to be able to gain access to the LTC to go across to Kent.

Plus the impacts to public transport during construction

If the LTC goes ahead the construction period would be horrendous, with lots of noise, pollution, and disruption.  There is no doubt that there would be major disruption to public transport and NMU.

The simple fact is that the proposed LTC is not about offering good connectivity, or clean and sustainable growth. Far from it.