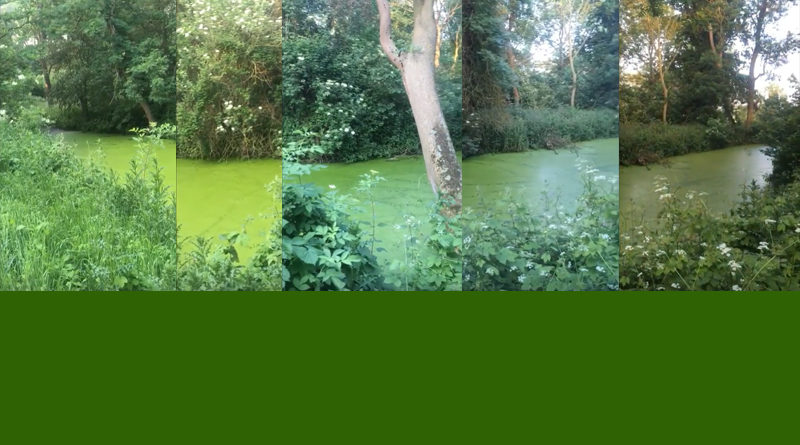 The Wilderness has been a part of Ockendon for hundereds of years.

It is home to many varieties of trees, plants, and wildlife, including mature elms, and at least 7-8 bat species, some of which are rare. There are also many ancient woodland indicator species at The Wilderness, including Spindle, Bluebells, Lime, Red Campion.

It is now under threat from the proposed Lower Thames Crossing. 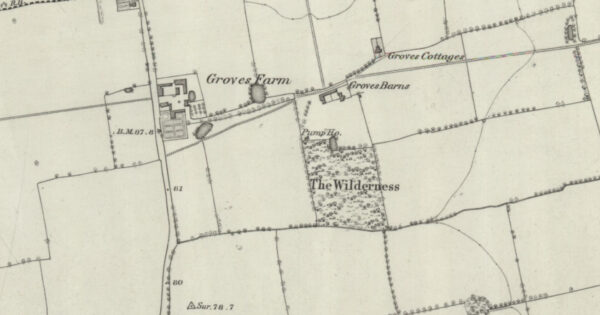 The map above dates back to 1865, one of the first Ordnance Survey maps for the area.

Something to remember is that back then maps were not as common as they are now, and it was usually only wealthy landowners who could afford to commission a map of their land.  They wouldn’t have had opportunity to view their land from the air, with the exception of from a hot air balloon, again not a common occurrence.

Essex Record Office hold a map that dates back to 1767 that clearly shows The Wilderness.  Unfortunately due to copyright photos of the map (that were obtained on our behalf by Heather Hunter of Essex Gardens Trust, who has been kindly assisting us with research on The Wilderness) are only for research purposes and cannot be shared publicly, but the evidence is there!

National Highways refuse to acknowledge The Wilderness as an Ancient Woodland

Frustratingly NH refuse to acknowledge the history and importance of The Wilderness.  From correspondence and meetings with have had about The Wilderness it is clear that NH have not put in much effort into research about The Wilderness, as we have found historic evidence dating back further than them evidently, not very reassuring.

In an article on UK Construction Online in Sept 2022, NH/LTC contractor COWI was quoted as saying:

“As part of the engineering design, COWI worked with the projects design team to repeatedly revise the route to mitigate impacts on other protected areas from ancient woodlands to wetlands including six Sites of Special Scientific Interest (SSSIs). For example, watercourse diversions were altered and retaining walls relocated to help protect The Wilderness, an ancient woodland with many rare bat species.”

We questioned National Highways on this, since it is the first time they or their contractors had referred to The Wilderness as Ancient Woodland.  The response we received stated that:

“…this was an error in the drafting of the article and the Wilderness is not ancient woodland. We have raised this issue with COWI who produced the article, which has now been corrected.”

Are we the only ones who thinks it strange that they referred to The Wilderness in an article that was attempting to portray the LTC as green infrastructure.  After all it wouldn’t be their first attempt to greenwash the LTC with misleading info would it?!

Also worth noting that the proposed LTC route was moved to avoid having to deal with the toxic landfill site nearby, which moved the route through The Wilderness instead.  Sadly this just about sums things up, NH would rather destroy and ancient woodland which has important historic and environmental value, than have the extra work and cost of dealing with putting the route through a landfill site.

And The Wilderness is still here today………

Thanks to the person who provided the video footage of the Wilderness, used with permission.  The Wilderness is privately owned, please be respectful and do not attempt to visit without permission. Thanks

The importance of Ancient Woodland

Ancient woodlands are areas of woodland that have persisted since 1600 in England and Wales, and 1750 in Scotland.  They are rich and complex habitats created over centuries where old wood has decayed and soils have been left undisturbed.  They are home to more threatened species than any other.

Just 2.5% of the UK land is covered in ancient woodland.  They are irreplaceable, once it’s gone it’s gone for good, which is why it is so important that we do all we can to save and protect The Wilderness and other ancient woodlands that are under threat from the proposed Lower Thames Crossing.

More info on ancient woodland is available from The Woodland Trust – https://www.woodlandtrust.org.uk/trees-woods-and-wildlife/habitats/ancient-woodland/.

The Wilderness falls within the old Groves Manor estate, which was lived in by Sir Richard Saltonstall and his family in the 1500s.

A former gateway of the estate can also be found nearby and is listed as a Grade 2 listed building dating back to the 16th century, so around the time that Sir Richard was alive and living there.

He died in South Ockendon in 1601, and is interred at St Nicholas of Myra, South Ockendon. There is a monument to Sir Richard by his wife Suzanna, located on the north wall of the chapel. The monument is built of variegated marble. Between the columns are two arches forming alcoves for the principal figures of Sir Richard and his wife. Sir Richard can be seen wearing the insignia of the Lord Mayor of London. In the plinth are the figures of their sixteen children.

What on earth would Sir Richard have made of the proposed LTC?

TCAG filming in The Wilderness

In June 2021 TCAG invited BBC and ITV News to The Wilderness to highlight the threat to woodland and ancient woodland by the proposed LTC – www.thamescrossingactiongroup.com/he-community-woodland-nothing-to-do-with-ltc/.  We particularly chose this location to speak out about Highways England’s attempt to associate a new proposed community woodland at Hole Farm near Great Warely to the proposed Lower Thames Crossing, when it is not part of the LTC scheme.  In our opinion HE’s claims are greenwashing, and we wanted to draw attention to woodlands like The Wilderness that would be destroyed if LTC goes ahead.

You may also remember we shared this other video back in 2018 showing some of the other beautiful areas that are at threat to the north of the River Thames along the LTC route.