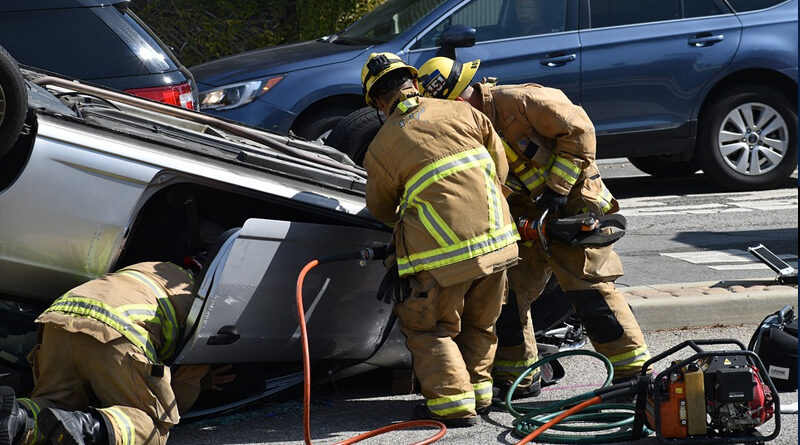 We have voiced serious concerns over road safety of the proposed Lower Thames Crossing before, but how many deaths and injuries on the LTC is acceptable?

We have obtained a copy of the Appraisal Summary Table via a Freedom of Information request, where Highways England admit:

There are forecast to be 2,147 additional accidents over 60 years, including 26 fatalities, 220 serious injuries and 3,122 slight injuries.

We have contacted HE with a number of questions in relation to this info, including asking for further details of where these locations where they predict increases and decrease in casualties, and will update this article as and when they provide any further details.

In Nov 2020, when discussing the invitation for tenders for the LTC tunnels contract, Keith Bowers, the Lower Thames Crossing’s tunnels and systems director, said:

‘From our bidders we’re looking for outstanding construction, health, safety and wellbeing performance.

‘We have committed to targets that mean by 2040 nobody will be killed or seriously injured on our roads and motorways, and we need our contractors’ design and delivery to meet that target for our road users and workers.

‘We are setting priorities in our contracts that will reward excellence during delivery by offering an enhanced share of cost savings for high performance in areas including health and safety, customer focus, delivery, environment, people and communities and economics.’

Just another example of HE contradicting their own info.  How can they say they have committed to targets that mean by 2040 nobody will be killed or seriously injured on their roads or motorways, yet at the same time be forecasting 2,147 additional accidents over 60 years, including 26 fatalities, 220 serious injuries and 3,122 slight injuries for the proposed LTC alone?

Of course we have serious concerns over the ‘smart’ aspect of LTC, some of which we highlighted in our previous updates linked below.  Since those updates, a Coroner, David Urpeth, has said smart motorways pose ongoing risk of future deaths, and says lack of hard shoulder contributed to the double-fatal crash when it came to the case of the deaths of Jason Mercer and Alexandru Murgeanu on the M1 in South Yorkshire on June 7th 2019.  He said he would be writing to Highways England and the Secretary of State for Transport to request a review.  South Yorkshire Police have confirmed that they are now in the process of investigating Highways England for potential corporate manslaughter charges.

Also, Coroner Nicola Mundy. suggested at the inquest for Nargis Begum, who died after a car she was travelling in broke down on the M1 and was hit in 2018, that the government-owned company should be referred to the Crown Prosecution Service (CPS) to consider if manslaughter charges were appropriate.

Secretary of State for Transport, Grant Shapps MP has since stated that ‘smart’ motorways are a misnomer, that he ‘wouldn’t have gone about it like this’ were he in charge when they were launched and said mistakes were made in their roll-out which initially made them less safe.  Transport Minister Sir Mike Penning who was responsible for signing off ‘smart’ motorways has also repeatedly stated publicly that Highways England did not deliver what he signed off on.  Despite all of this Grant Shapps has said he won’t reverse the decision and reinstate the hard shoulder.  Meanwhile more lives are being lost and people being seriously injured, it is criminal.

Mr Shapps could put a stop to future ‘smart’ motorways/roads after all he is the Secretary of State for Transport, saving not only lives, but also taxpayers money and carbon emissions and other environmental impacts.

Regardless of what Highways England say about ‘Smart’ Motorways (or ‘Smart’ LTC) we’re not convinced.  Just look at these screen captures of HE traffic cameras on the M1 when it was snowing. Do you think the CCTV operator would see a stranded vehicle in these conditions, or when it is foggy etc? 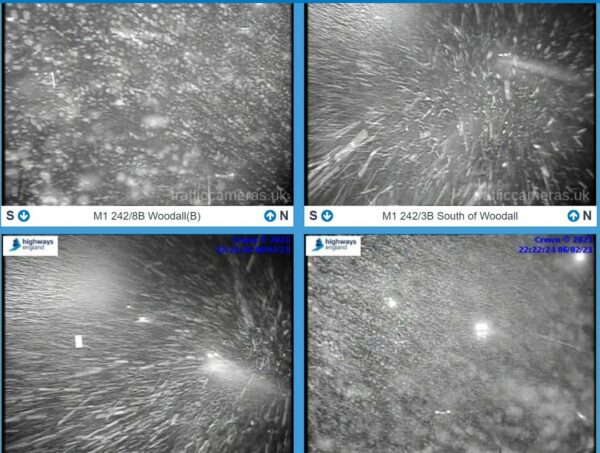 Our initial reaction is obviously to express our concern over the number of fatalities and injuries that HE predict in relation to LTC.

As we’ve already stated we also find it questionable that they state “We have committed to targets that mean by 2040 nobody will be killed or seriously injured on our roads and motorways” This is totally unbelievable and shows complete arrogance by HE to make such a statement.

Not to mention the fact that sadly we don’t believe that the figures quoted are likely to be that realistic either, especially when you consider that HE consider ‘smart’ motorways safe. Or the fact that we can clearly see just how bad the chaos would get with the lack of adequate connections, especially when there are incidents. Or how complex and confusing the LTC junctions would be.  We all know that the more chaos, confusion and congestion there is the more likely there are to be accidents/collisions. And how would emergency services reach those accidents?  Recovery companies like AA and RAC are concerned over the safety aspects of ‘smart’ motorways too.

It is therefore not hard to understand why we have serious concerns over the road safety aspects of the proposed LTC.  Whilst it may not technically be a motorway, it is being designed to ‘smart’ motorway standards.  Yet more reasons why we remain strongly opposed to the proposed LTC.

New Civil Engineer have published an article about our comments in regard to concerns over road safety for the LTC.  In it HE are quoted as saying that COBALT, and therefore the appraisal techniques, are not able to take into account the actions being taken by National Highways (Highways England’s new name/rebrand) to achieve its target of having no one killed or injured on the strategic road network by 2040.

Firstly, if COBALT is not able to take into account the actions by HE, then why is an outdated appraisal technique still being used?

Secondly, of course everyone would like to see nobody being killed or injured on the strategic road network, but surely that is completely unrealistic, and arrogant of HE to insinuate that they can reach such a target?

We would say it’s amazing the amount of propaganda coming from HE, but sadly after years of dealing with them we have come to expect it, as it is disgracefully their norm it seems.