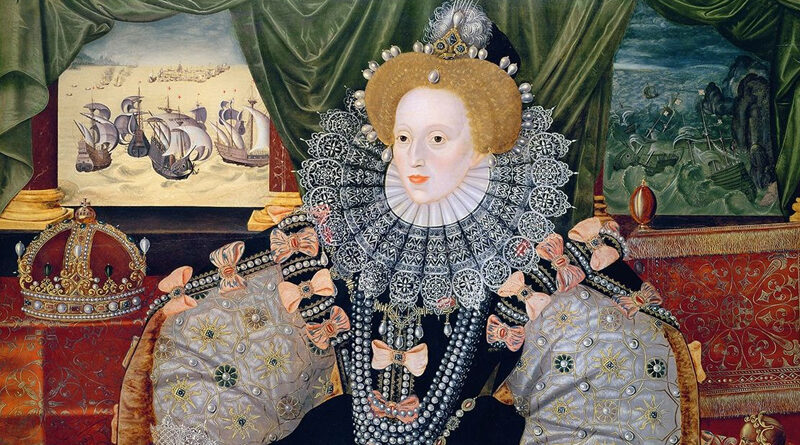 Queen Elizabeth 1 gave her great speech in August 1588 to her troops who were assembled at Tilbury Camp to defend the country against a Spanish invasion.  The successful defence of the Kingdom against invasion on such an unprecedented scale boosted the prestige of England’s Queen Elizabeth I and encouraged a sense of English pride and nationalism. The defeat of the Spanish Armada in 1588 has long been considered as one of England’s greatest military achievements.

The Queen stayed overnight on August 8 at Edward Rich’s Saffron Garden house at Horndon-on-the-Hill.  The Tilbury Camp, and surroundings where she gave her speech to the troops, 8000 men strong, would have been in the vicinity of the proposed LTC route,  yet another negative impact of the hugely destructive LTC.

We have been persuaded by some that are careful of our safety, to take heed how we commit our selves to armed multitudes, for fear of treachery; but I assure you I do not desire to live to distrust my faithful and loving people. Let tyrants fear. I have always so behaved myself that, under God, I have placed my chiefest strength and safeguard in the loyal hearts and good-will of my subjects; and therefore I am come amongst you, as you see, at this time, not for my recreation and disport, but being resolved, in the midst and heat of the battle, to live and die amongst you all; to lay down for my God, and for my kingdom, and my people, my honour and my blood, even in the dust.

I know I have the body but of a weak and feeble woman; but I have the heart and stomach of a king, and of a king of England too, and think foul scorn that Parma or Spain, or any prince of Europe, should dare to invade the borders of my realm: to which rather than any dishonour shall grow by me, I myself will take up arms, I myself will be your general, judge, and rewarder of every one of your virtues in the field.

I know already, for your forwardness you have deserved rewards and crowns; and We do assure you in the word of a prince, they shall be duly paid you. In the mean time, my lieutenant general shall be in my stead, than whom never prince commanded a more noble or worthy subject; not doubting but by your obedience to my general, by your concord in the camp, and your valour in the field, we shall shortly have a famous victory over those enemies of my God, of my kingdom, and of my people.

As we look back into history and great speeches like this one by Queen Elizabeth 1, we acknowledge the importance of being prepared to make our stand against LTC, and the fact that ‘Together we are stronger’.

Essex Record Office (reference to where she stayed) – click here