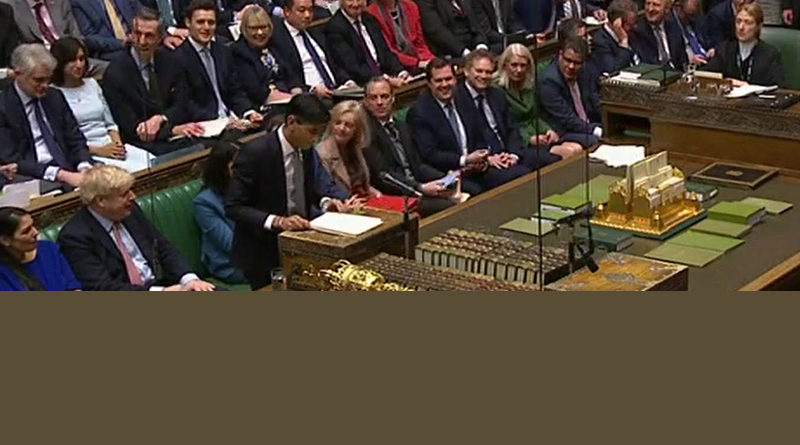 We remind everyone that this is simply the Government allocating funds against the project, it does not change anything else, Highways England have still not been granted a Development Consent Order, and until such time as they are they do not have permission and construction cannot begin.

Please note that the reference point 34 takes you to a link at the bottom of the doc that links directly to the About page on the official Highways England Lower Thames Crossing website.  Remember Jim O’Sullivan is investigating the fact that we have reported the info on this site is out of date and misleading, and we have been issued with an official complaint reference. (You can read more about that here – www.thamescrossingactiongroup.com/yet-more-he-inadequacies/)

The Road Investment Strategy 2 which covers the years of 2020-2025 was also released.  Some key points that we picked out:

Up until now Highways England have been telling us, even as recently as during this consultation that the predicted cost was £5.4-£6.8bn, so clearly that now appears to be rising, as we all expected!

Guess that means it’s time to update the article we published on the estimate cost per mile of the LTC – www.thamescrossingactiongroup.com/estimated-cost-per-mile/ !  The new cost per mile working on the figure of £8.2bn would be nearly £573.5m per mile.  Again to put it into persective, after all the questions have been asked about the cost per mile for HS2 which comes in at £307m per mile of track, LTC now has a cost of nearly £573.5 per mile. Shocking.

Page 100 (or page 105/130 in the pdf doc) also notes various road projects and what stages they are currently considered to be.  LTC is listed as committed for RP2.  RP2 means construction of this project is expected to start by 1 April 2025, which is nothing we wouldn’t have expected.

However, don’t overlook the fact that the Tilbury Link Rd is listed under RIS3 pipeline in this document also.  This means these are proposals that Highways England will develop during RP2 so that they could enter construction in RP3. Funding for construction of these schemes has not been committed.

You may remember we have previously questioned why the Tilbury Link Rd was removed from the LTC scheme, and were told that their traffic modelling showed it wasn’t deemed neccessary.

We believe that the Tilbury Link Rd is being removed from the LTC scheme to improve the cost benefit ratio, but simply treating it as a separate stand alone project, so it has to have it’s own budget and doesn’t fall within the LTC budget or consultation to help ease LTC through.

If you agree with us please do be sure to mention these things in your consultation response! 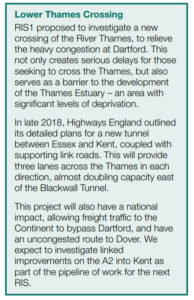 Back to RIS2 for LTC

On page 101 (106/130 in the pdf doc)  they  state that they acknowledge they will expect to investigate linked improvements on the A2 into Kent as part of the pipeline of work for the next RIS. You can see the full text in the image to the right (click image to enlarge).

This proves to us that the true cost of LTC is not being considered.  If something is deemed neccessary as a direct result of LTC then it should have to be included in the LTC scheme, and the true cost benefit ratio be considered.  Not a manipulated cost benefit ratio to suit the wants and needs of Highways England to keep pushing through projects that are not fit for purpose, and do not offer value for money.

We will bring you further updates on ‘Smart’ Motorways once we have managed to track the official stocktake findings down.

No we’re not talking about elephants, we’re talking about trunk roads!  There is a section on page 37 (page 42/130 in pdf doc) that states:

Currently HE maintain and control the A13 between the M25 and the A1089, and also the A1089 down to Tilbury.  But at the moment the A13 from the A1089 through to the Stanford junction (A1014), and the Manorway come under Thurrock Council Highways.  What this is saying is that it is being discussed that the A13 would become Highways England’s responsibility all the way along from the M25 through to the Stanford junction (A1014), and include the A1089 as it does now, but also the A1014 (Manorway) all the way down to London Gateway Port.

Whilst all of this is not technically part of the LTC scheme we do feel it relevant to share in light of the Stanford Detour.

We would suggest that either or both Questions 5 and 8 in the Consultation Response Form could be the places to comment on the cost side of LTC, and also the ‘Smart’ aspect of LTC. Remember LTC is not being proposed as a ‘Smart’ Motorway, it would be a ‘Smart’ All Purpose Trunk Road, or a Trunk Road that is designed to ‘smart’ motorway standards.

You may wish to include any comments on the Tilbury Link Road under Question 1c and 1d (Previously proposed Tilbury junction), and/or Question 1e and 1f (A13/A1089 junction). At the end of the day if there is no Tilbury Junction and Tilbury Link Rd then the A1089 and other local roads will be the only options for traffic, including traffic from the Port of Tilbury, Amazon etc.

What else can we do?

If certainly wouldn’t hurt for us to write or email the Chancellor of the Exchequer, Rishi Sunak, with some comments about the Spring Budget 2020 in relation to the LTC, it’s rising cost and huge per mile value, and the poor cost benefit ration and manipulation of data and figures to try and improve the LTC scheme by not including all aspects that are a direct result of LTC into the LTC scheme and costings.

Also to write or email the Secretary of State for Transport Grant Shapps MP with regard to concerns over ‘Smart’ Motorways, and raise some points on LTC and how it is not fit for purpose, and would be a huge waste of taxpayers money. Baroness Vere of Norbiton, the Parliamentary Under Secretary of State also signed the RIS2 Minsiterial Forward, so she would be another one to write to/email.

We will no doubt be doing further updates and calls for action on this kind of thing in due course, once consultation is out of the way, and we have a bit more time again!  Watch this space!!