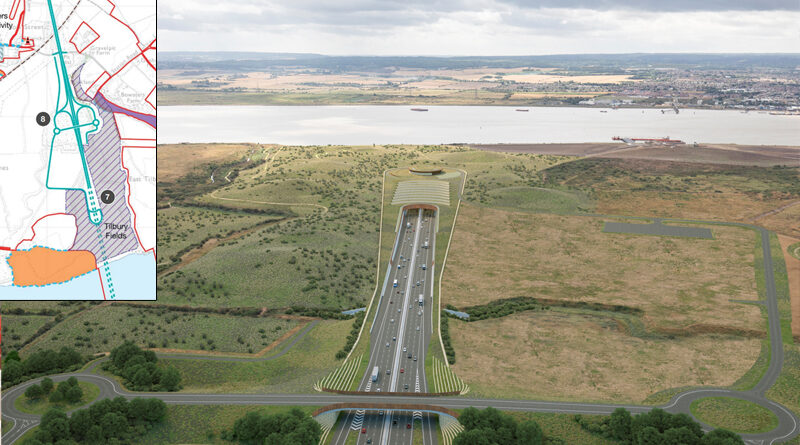 Back in Feb 2022 we published an update questioning whether National Highways were going to be proposing some kind of junction near Tilbury again, due to what was being shown on walking, cycling, horse riding maps at the time. Those maps were quickly replaced, and only now at the Local Refinement Consultation have details of the newly proposed operations and emergency access point near Tilbury been fully revealed.

In the latest update, National Highways are proposing new operations and emergency access off of Station Road just to the west of the proposed LTC.

There would now only be one access point off of Station Rd (previously there were two, one each side of the LTC), and a new bridge going over the LTC connecting the access road to and from the LTC by a set of roundabouts and loops.

Drag the arrow slider above across left to right to see what they are proposing now compared to what was being proposed at the last consultation.

National Highways state that “there would be no access for public traffic on and off the LTC at this location”. They say it is purely for National Highways operational vehicles and emergency service vehicles to access the LTC when needed.

They also say that “the operational access could potentially accommodate further development in the future”.  It is not clarified what is meant by this.  We have asked NH to provide clarification, but assume it might be to do with provision for a future junction, possibly the Tilbury Link Rd.  Remember the Tilbury Link Rd and a Tilbury junction seem to be doing the Hokey Cokey, one minute they’re in, then they’re out, and now they appear to be making provision for them to potentially be back in again! It is worth stressing that any road added at a later date would be subject to seeking relevant planning permission at that time.  Read more on our opinion on this below.

It is also stated that “the new operational access arrangement will give emergency services the flexibility to turn vehicles around in the event of an incident further north or south on LTC”.

We have questioned NH/LTC on the fact that their latest image of the proposals show a left arrow in the road near the access route heading northbound on the LTC, suggesting that traffic could filter onto the access road.  We expect NH/LTC will try to wriggle out of it by saying that the image is an artists impression.  But that leads to the question of why they would randomly decide to put such a feature into what should be clear and informative consultation materials.  This image shown below features on the front page of the consultation guide and other locations of the consultation materials, as well as in NH press pack that is being used by press and media. 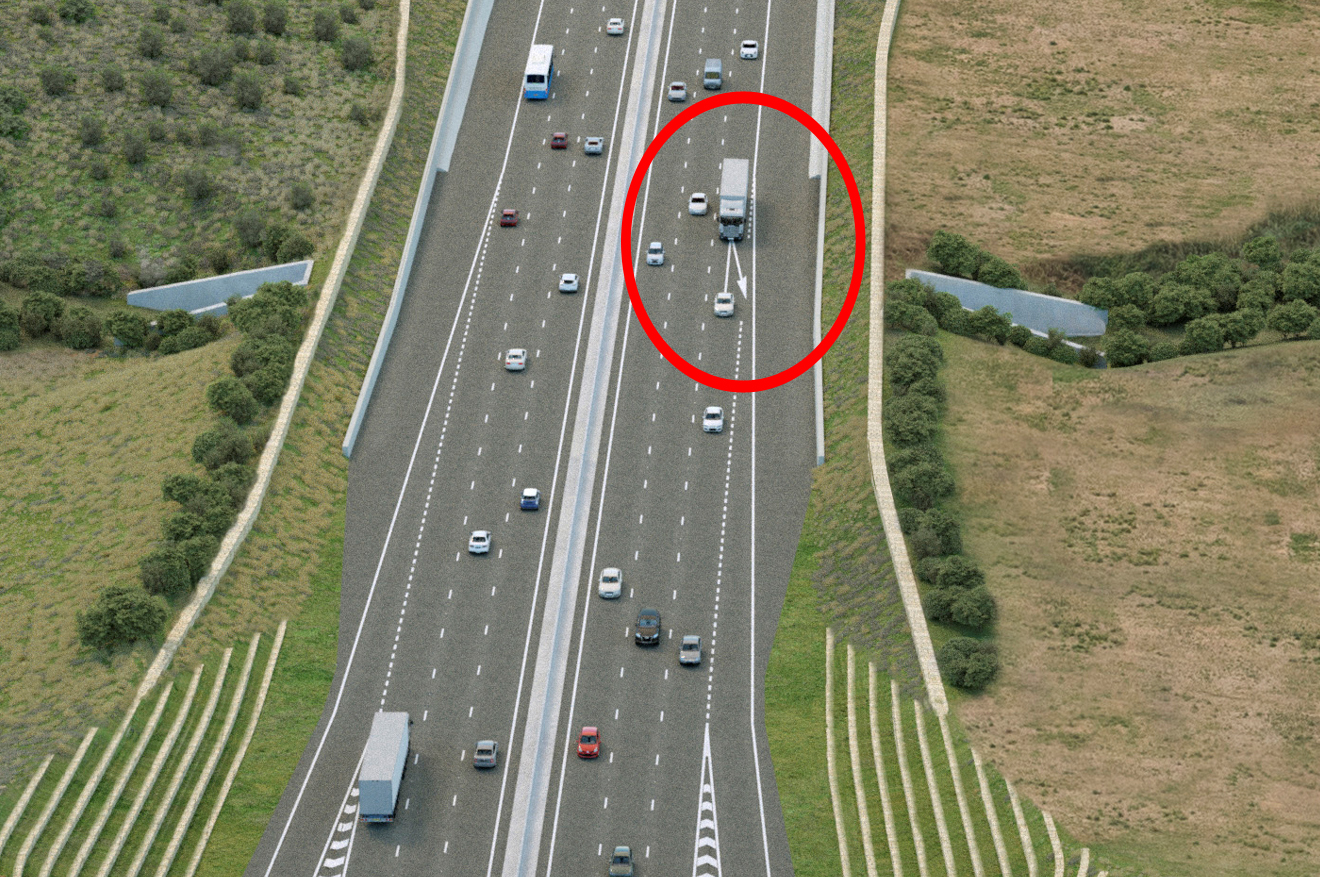 The roundabout to the east of the LTC appears to have a dead end route off of it that ends in Tilbury Fields.  We’ve highlighted each end of the mysterious dead end road with red arrows on the zoomed in image below. 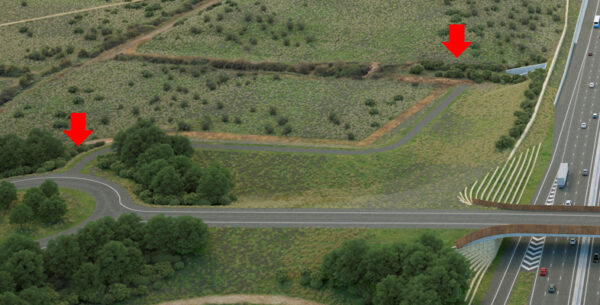 Whilst not mentioned in the consultation guide or detailed on the LTC interactive map; Map Book 1 (sheet 17)  labels a rectangle shaped Rendez-Vous Point.  We have asked NH/LTC for further clarification on this.  The red arrow in the image below points to the Rendez-Vous Point. 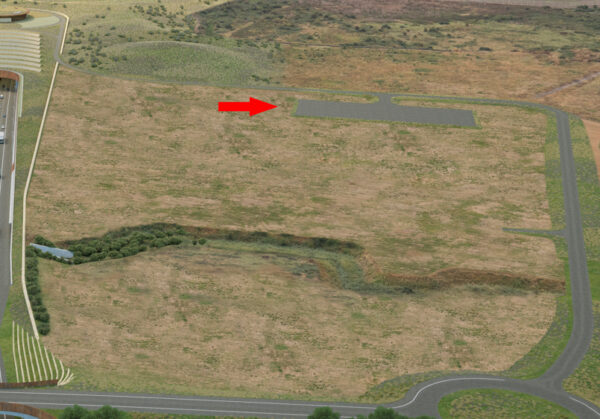 The area surrounded by the LTC and access road in the image above is also mysteriously shown as temporary land take (ie would not be owned by NH/LTC), but as it would be surrounded by roads and a perimeter fence it’s a mystery as to what it would be used for, we have asked NH/LTC.

We also note that the image of the proposed northern portal/Tilbury Fields/Operations-Emergency Access does not show the perimeter fence that would presumably have to be a considerable height for security purposes.

Whilst we acknowledge that the Tilbury Link Rd and/or any other possible developments in regard to a potential future junction connection in this location would be subject to it’s own planning application, we know that the Tilbury Link Road is being considered by government for the road investment period between 2025-30.

With this in mind we have serious concerns about the implication of this being added into what is being proposed for the operations and emergency access layout.

Can you imagine if they were to connect Tilbury Link Road into this complex roundabout and loops layout?  Remember it is a link road predominantly for the port, which means lots of large HGVs manoeuvring around the loops and roundabouts. Take a look at how close to the tunnel portal this potential junction would be. Keep in mind how much of a problem junctions too close to the Dartford Crossing portals is.  Are NH potentially about to try and do similar with a new crossing, if it goes ahead?

TCAG have many questions on all of the above, and we will provide further updates as we received replies from NH/LTC.