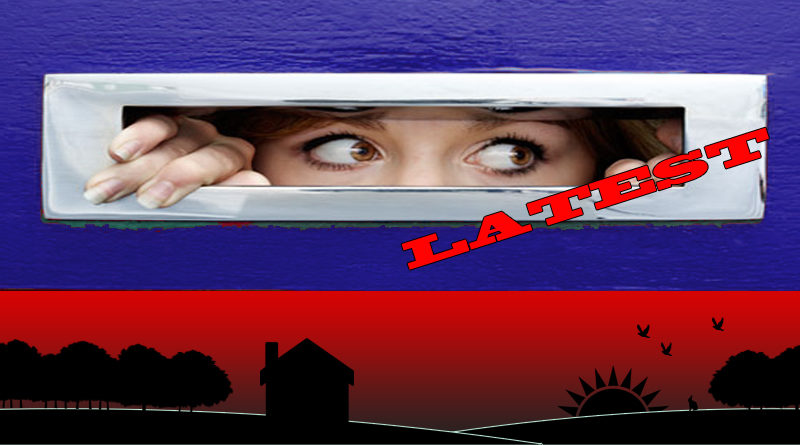 When we posted originally we were aware of 3 residents who had not received letters from HE’s LTC Land & Property team informing them of the consultation.  These are residents whose property/land would be impacted by LTC and usually get a letter from HE at the start of each consultation.

Since that update we have now found out that at least a further 10 residents have not received their letters from HE’s LTC Land & Property team.

This means the total number of residents we are aware at this stage, who didn’t receive the letters from HE Land & Property informing them of the consultation now stands at 13.

Update – we have been made aware of another 4 residents who haven’t received their letters from LTC Land & Property team since this article was published, taking the total to 17 missing letters.  And those are just the ones we know about!

Further update – we are getting an increasing amount of other residents in the same position contacting us now, and there are now at least 20 residents who have not received these letters from the HE LTC Land & Property team at the beginning of consultation when they should have.  Some of these have only received the re-sent letter as recently as two days before consultation is ending.  We have emailed all 4 MPs and the local authorities to bring this to their attention and experess our serious concerns over this matter.

If you have also not received your copy of the letter from LTC Land & Property that you would have expected to receive at the start of any consultations please feel free to email  us details – admin@thamescrossingactiongroup.com  Thanks

The three residents who we were aware of in the original post have been in touch with HE/LTC, who say they did print and send their letters, but are blaming it on Royal Mail for not delivering.

Sound familiar, issues with Royal Mail? You may remember in August last year the incidents of HE letters not being delivered because of an issue of unpaid postage, due to a mix up by Royal Mail who HE had organised to deliver some letters – www.thamescrossingactiongroup.com/ground-investigation-leaflet-postage-charge-issue/

Some of the other residents have now contacted HE/LTC and received copies of their letters as recently as yesterday (4th August). That’s 3 weeks into a 4 week consultation!  Totally unacceptable.

The 3 residents we mentioned in the original post have also enquired with HE/LTC about getting an extension to respond to the consultation because of the fact the letters informing them of consultation were 2 weeks late (ie half way through consultation).

HE/LTC have offered these residents an extra week to respond, despite the fact the letters were 2 weeks late.  To be 100% clear this is only for these residents specifically and it will only be honored if these residents request and are granted written permission from HE. The deadline for consultation materials for everyone else remains the same (23:59 on 12th August 2020).

Obviously we are seriously concerned that so many residents have not received letters from HE’s LTC Land & Property team in this way.  Everyone has a right to take part in this consultation, but HE have a particular duty to ensure that those whose properties are impacted by the proposed LTC are informed of any consultations.  For whatever reason this definitely hasn’t been the case, and is yet another example of HE’s inadequacies.

Putting the blame upon Royal Mail is no answer.  Everyone is more than aware that Royal Mail’s services are impacted by the COVID-19 crisis.  This is another reason to add to the long list of reasons as to why this is not the right time for HE to be holding a further round of LTC consultation.

People who have ordered the physical paper copies of the consultation materials, have had the pack sent to them by HE using a signature courier service.  Why have these important letters to residents whose properties would be impacted not been sent either recorded using Royal Mail, or via the same signature courier service as the consultation packs?

This is not limited to one postal area either.  Residents who didn’t receive the letters are from various locations in Thurrock, Havering, Kent, and even someone in Sussex who has legal rights on a property in the South Ockendon area.

HE/LTC state in the latest consultation guide that there are now 80 residential and business properties impacted by the development boundary, not including those that would only be affected by utility works.  We know of at least 13 residents who have not received their letters.  It has to make you wonder what is going on and why people are still experiencing such inadequacies.

These are not the first instances of inadequacies, and it really isn’t good enough that people whose properties would be impacted by LTC are not receiving their letters from the Land & Property team.

If you usually get a letter from LTC Land & Property, or for any reason believe you should have been sent one in relation to your property, and haven’t received one regarding this latest Design Refinement Consultation, please contact HE immediately.

Please feel free to copy admin@thamescrossingactiongroup.com into any emails if you wish, it may also be a good idea to copy your local councillor/MP in.

Remember there is a section in the consultation response form that gives you the opportunity to have your say about the quality of the consultation.  Whether you are directly impacted by these missing letters or not, please feel free to include your opinions of this as part of your response!  Together we are stronger!

Remember you don’t have to use the response form you can submit your own response in your own format/words via email or letter if you prefer, see below.

Please only use the following official response channels. It cannot be guaranteed that responses sent to any other address will be included in  analysis.

Fill in the online survey at: www.lowerthamescrossing.co.uk/design-consultation
NB the survey will be available from 00:01 Tues 14th July – 23:59 Weds 12th August 2020

Post your response form or your own comments to: FREEPOST LTC CONSULTATION
(The Freepost address is the only text needed on the envelope, and no stamp is required.)

Email
Email your comments to: LTC.CONSULTATION@TRAVERSE.LTD