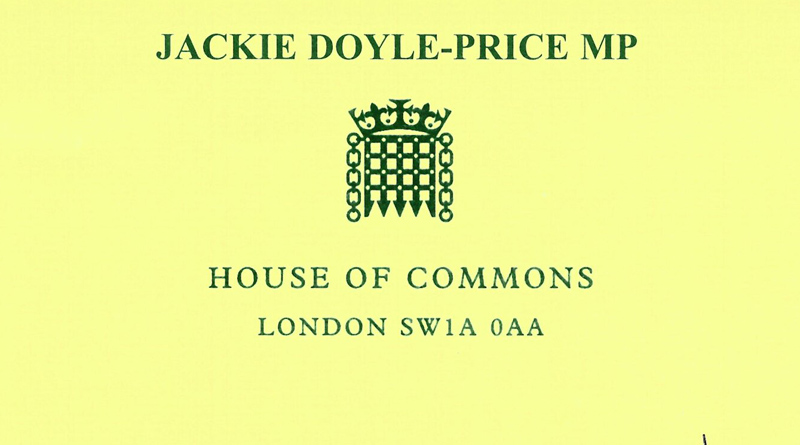 Teamwork to make the dream work!

Teamwork really is key as we progress towards the 2018 Public Consultation for the Lower Thames Crossing. Our main agenda between now and then, is to get as many people prepared and ready to answer the myriad of consultation questions within the Thurrock & Gravesham areas.

On this basis our very own Matt Jackson (Vice Chair) thought he would reach out to Thurrock MP Jackie Doyle-Price posing some ideas, potentially joining up with some forward thinking that supports the majority Thurrock opinion.

A few weeks have past… Now we can share with you the feedback our MP gave us in response.

You could say Matt was somewhat shocked with the reply…

Regardless of what may have occurred in the past with various constituents, noted within this reply, one would have thought being ‘grown up’ we could get over the past, and actually start to work together for the best outcome for Thurrock as a whole… Were my ambitions far stretched… maybe / maybe not.. You decide?

Noted in my email to Jackie, I posed ideas that could potentially fund work within Thurrock Council, basically paid for by TfL via the new T-Charge. This was based around comments within the Council Chamber with respect to London contributing to Thurrock’s poor air quality via our prevailing winds etc…

Regardless of where TfL’s boundary is… pollution has no boundaries, would you tend to agree?

Let’s not dwell on what can’t be done, let’s focus on what can be done… I’m sure Jackie in her position could have made a whole bunch of positives within the opportunity..?

Identify funding streams, connecting people who specialise in this field to bolster the task Thurrock has ahead of them… ie we all pull together as Team Thurrock in the same direction… Is this such a hard concept to grasp?

Ok, I suggested much of Thurrock’s poor air quality attributed to reduced life expectancy in Thurrock… Jackie pointed out in her reply, there is a lot more that attributes to Thurrock’s poor health than pollution… Such as life choices… Smoking, alcohol consumption as well as dietary factors. I totally take this on board, it is a very true statement. However, we cannot get over the naivety here with links to pollution exposure very well documented around the world.

60,000 more vehicles entering the Borough will have a negative impact to our air quality – let there be no doubt, this will have an on cost to life!

The issue I have with this statement is the fact that Tilbury has been a victim of Dock pollution for a very long time. Yes granted, life choices are probably very different between Orsett and Tilbury (only 2.5 miles away). However, we must also realise Orsett isn’t down wind of the Port of Tilbury pollution nor does the village have long term AQMA issues, therefore do not endure the same poor air quality and life expectancy.

This comment was driven by data reported in the 2017 EIA Scoping Report produced by Highways England, noting Thurrock worst of its neighbouring Boroughs for many health concerns.

I’m sure with Jackie’s new appointment of Parliamentary Under Secretary of State at the Department of Health, we will see her offer positive support towards Thurrock in every way possible.

Thurrock should not be noted for poor health, be it pollution or life choice related.

This was by no means mentioned to become a ‘willy waving’ competition. The whole concept of mentioning TCAG membership was purely to glean a response from an MP, that had not replied to my emails in the past – after all, i’m not in her constituency, but many of you are!

Therefore I totally appreciate the feedback and time taken to reply in this instance.

The question on everyone’s lips here…. ‘^90% recognise the need for another crossing…’

Jackie, please quantify your ‘poll’ findings with us! You must have the overall number of participants, backing up this claim – 72,000 people is a huge response. I recall when this poll was carried out its quality was somewhat flawed and was questioned by TCAG and Thurrock residents…

I fully agree capacity is a problem – to the same extent, rail suffers in the same way… Somewhere in the past, the right level of investment wasn’t made, on rail nor road… Simple as!

How do we as TEAM THURROCK pull this one out the bag? 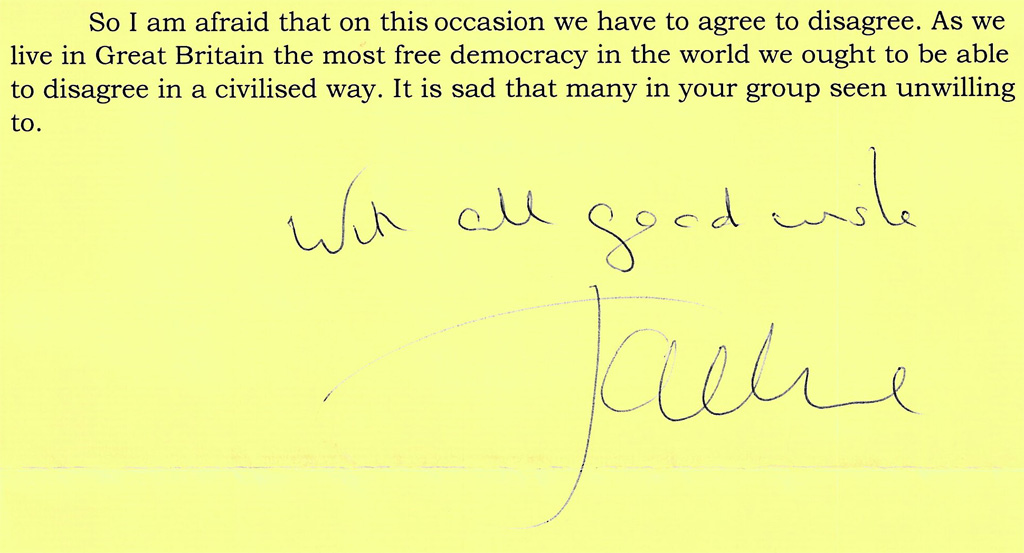 I was hoping for solutions, ideas, concepts, robust arguments… I’m not looking for ‘agree to disagree’ conclusions to a road system that by Highway’s England’s own data doesn’t prove the concept viable, nor does it prove longevity or long term ability to keep the M25 moving.

Thurrock & Gravesham will see rise in the number of vehicles crossing their parish or Borough, immense green belt consumption in both areas. Blight brought to all those who border the proposed road.. and yet the figures show West Thurrock will still remain gridlock due to the existing crossing being way over capacity. Route 3 or 4 are not the right answers!

While this proposal may bring resilience to the LTC corridor, the A282 will remain subjected to closures during poor weather, oversized vehicles may continue to use the undersized tunnels…There is no evidence whatsoever this route proposal will support the claims being made in terms of £8bn worth of growth to the region and wider UK economy.

We here at TCAG thought it was about time a united voice for Thurrock existed. We clearly see a need for many new forms of transport to be invested  for future sustainable growth. If businesses wish to grow the economy by £8bn, maybe they will step up with deliverable solutions to get Thurrock and the wider Southeast moving..

Traffic and pollution isn’t isolated to Thurrock alone. The M25 is over capacity every single mile of it’s circumference – take a look round!