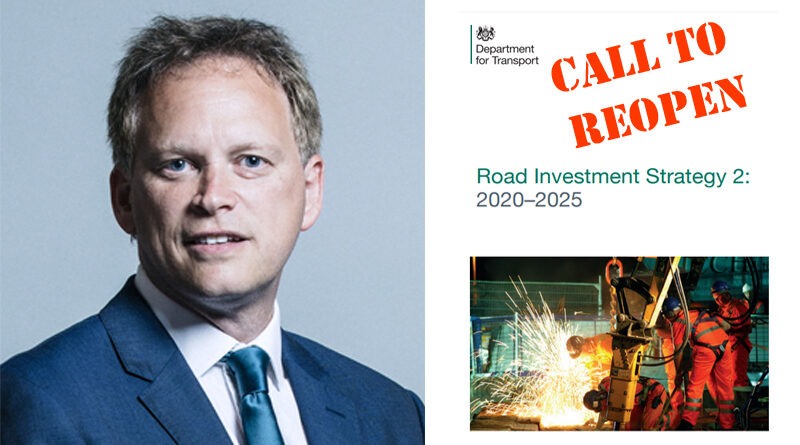 What exactly does this mean?

RIS2 is the second road investment strategy (or government road building programme), and it includes the proposed Lower Thames Crossing amongst many other projects.

Since National Highways are a government company they have to comply with their Licence that sets out the Secretary of State’s statutory directions and guidance.

In this Licence clause 6.29 states:

When you start reviewing the many different aspects, it becomes clear that there have been major variations as described in the Licence, and as highlighted in our letter to Mr Shapps below.

Our letter to the Secretary of State

On Monday 14th March 2022 we wrote to Secretary of State for Transport, Grant Shapps MP, this is a copy of said letter.

TCAG call for RIS2 to be reopened

Update – 22nd March 2022 – We have today received an acknowledgement email from the DfT saying “Department officials are considering the contents of your letter and we will respond in full in due course.”