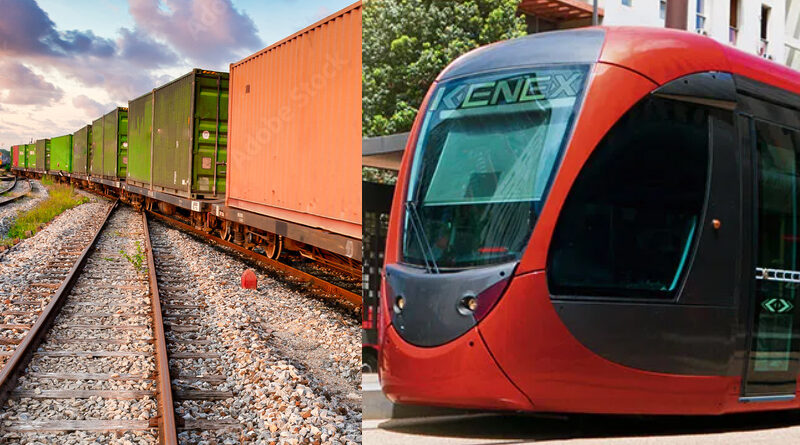 Now more than ever, with an apparent global shortage of HGV drivers as well as environmental concerns, could a rail option be a viable alternative to the proposed Lower Thames Crossing? And what about tram connections for getting about?  We take a peek at rail and tram alternatives.

One of the problems suffered by rail is that often the routes in and out of London are fast railway routes, but the orbital routes running outside and around London are slower routes.

There are limited options for rail freight needing to travel onwards around the country after entering the UK via the Channel Tunnel. Due to the size of containers that much freight is imported in they can only really use the HS1 route.  This forces them through the congested London network and is only an option at night for freight, or via road using the Dartford Crossing / M25.

Alternative rail routes that run through Kent and around London to the West are slower routes that are not currently able to accommodate these large containers on rail freight.  These issues results in more use of roads, which leads to more congestion and pollution.

A single freight train can take around 60 HGVs off the road and sometimes more!  It is reported that rail freight reduces carbon emissions on average by 76% when compared to road transport.

However there are proposed rail improvements between Ashford in Kent and Reading at an estimated cost of £3-4.5bn that could see all this change. 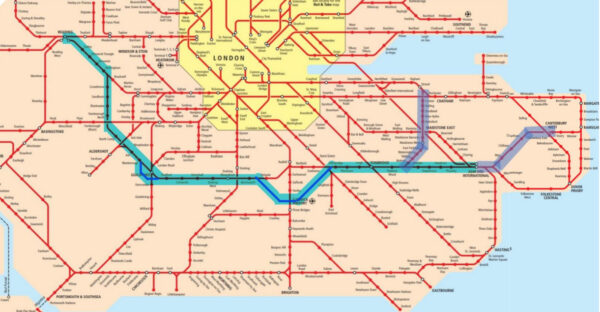 Since it would see improvements to the orbital routes it would allow faster alternate rail routes that can accommodate the containers, reducing pressure on roads including the Dartford Crossing.  Kent County Council mention rail upgrades between Canterbury and Reading in their Kent Rail Strategy.

This would not only be beneficial for rail freight and rail passengers, and be better for the environment, but is also said to negate the need for the proposed LTC.

Alistair Lenczner (who has been billed as one of the UK’s most eminent civil and structural engineers) at first called for the LTC to incorporate rail, and has since gone on to say the rail improvements outlined above would negate the need for the proposed LTC.

And he is not alone, Greengauge have also called for the proposed LTC to be scrapped in favour of rail improvements.

What the Department for Transport (DfT) has said
Back in 2009 the DfT published its ‘Dartford River Crossing Study into Capacity Requirement‘ report. Of particular interest on the rail front is ‘Chapter 6 – Understanding the rail problem‘.  The report concluded that the provision of freight or passenger rail as part of any new crossing would neither address rail freight capacity issues, nor would they be likely to provide value for money passenger services.

In our opinion the study in 2009 was not adequate and certainly didn’t consider an option such as the one outlined above between Ashford and Reading.  With everything changing so much since 2009, and more large companies, such as Tesco, using rail freight more and more, surely this is something that needs to be reconsidered.

With National Highways reporting that 70% goods in and out of the Port of Dover come across the Dartford Crossing, and that 42% of traffic using the Dartford Crossing is goods vehicles, you have to ask the question as to why the Port of Dover is not connected by rail? Surely it makes more sense to at very least be considering alternatives that would result in getting more freight off of the roads, and on to more sustainable rail?

KenEx Tram is a £900m proposal for a tram network between Kent and Thurrock/Essex.  It is said that the tram network would help reduce traffic and associated air pollution at the Dartford Tunnel.  Trams are a more sustainable cleaner means of transport.  The type of tram proposed by KenEx would be steel wheels on steel track. This not only means it reduces the energy need to power it, but also means no deadly PM2.5 pollution.  KenEx is anticipated to remove 10% of local traffic from the road network. 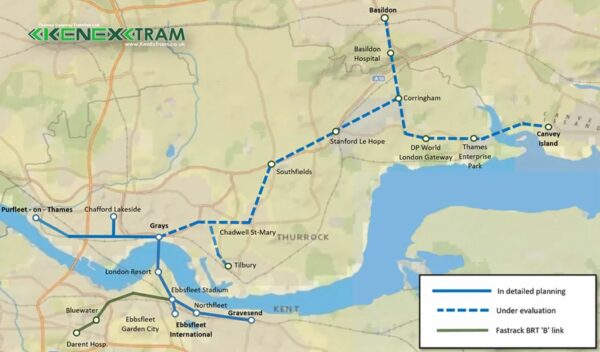 The proposals have been worked on since 2019, but a business case has recently been presented to the Department of Transport. We wait to see how things progress.

Obviously we’d want to learn a lot more about these possible options, to learn about the impacts they would have etc.  We’re not about pushing the kind of problems we are facing with the proposed LTC onto other communities.

We know from National Highways themselves that since the COVID-19 pandemic car usage at the Dartford Crossing has reduced, but that HGV usage has increased.  Another reason to look at getting freight off of roads and onto rail.

And for those of us wishing to cross the river it would surely make things easier in many cases if there was a tram route under the river, rather than having to go all the way into London and back out again on a train, or to have to use the weather dependent ferry, or to have to risk buses being cancelled due to incidents at the Dartford Crossing.

Both these rail and tram options could be completed for less than the cost of the proposed LTC.  They appear to be better for the environment, increase connectivity for sustainable transport options for both passengers and freight, and would negate the need for the proposed LTC.