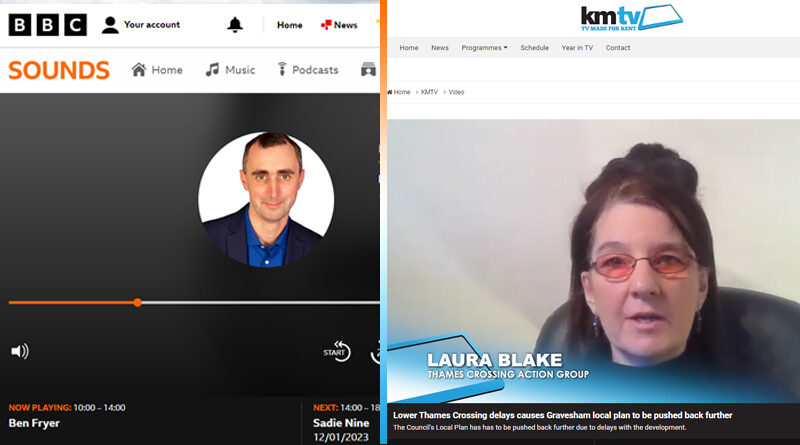 We may still be near the beginning of a New Year, but TCAG have already been busy with media coverage in Jan 2023.  Catch up on some of the highlights so far.

Listen to TCAG talk to Ben Fryer on BBC Essex Radio on 12th Jan 2023, as well as him discussing LTC with LTC Head of Benefits, Emily Dawson (National Highways).

Ben spoke with Emily Dawson from LTC first on his show.  You can hear Ben talking to Chair of TCAG, Laura Blake from around 16:33 into the video.

KMTVs Politics Live also covered the topic of the proposed LTC (the section on LTC starts at around 15:07)