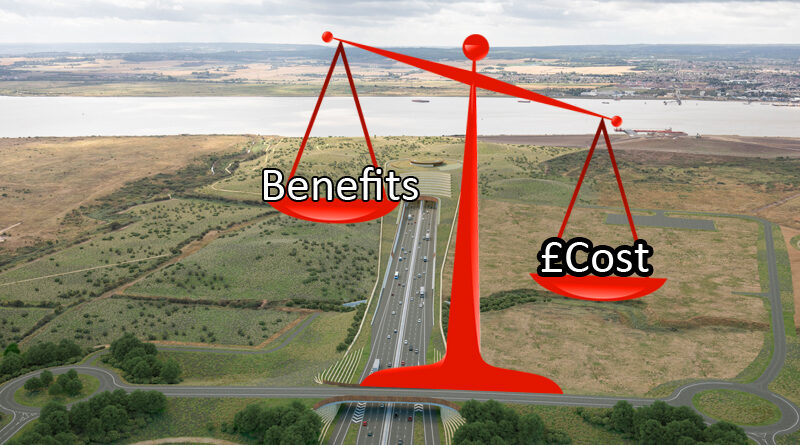 The National Audit Office (NAO) is the UK’s independent public spending watchdog, they support Parliament in holding government to account.  Their ‘Road enhancements: progress with the second road investment strategy 2020-2025‘ report, published in Nov 2022 has voiced concerns about value for money issues on projects such as the proposed Lower Thames Crossing (LTC).

The report covers the second road investment strategy RIS2 which runs from 2020-25.  It states that some level of change is to be expected with large projects such as those in the road investment programme, but that the level of change in RIS2 had been more than anticipated.  Also that National Highways and DfT could have done more to plan for and manage the potential risks.

On the topic of the proposed LTC specifically the report details that the estimated cost had risen by around £1.9bn since March 2020.  The estimated cost is now officially detailed as being £9bn, although host Local Authorities, some MPs, and others estimate the cost to be £10bn or more.

The BCR has dropped since the withdrawn DCO application of Oct/Nov 2020, when the Initial Benefit Cost Ratio (BCR) was 0.68, and when wider economic benefits were added, the adjusted BCR was 1.44.

What have the NAO said?

Gareth Davies, head of the NAO has said,

“DfT and National Highways must now fully address the rising cost of its revised portfolio of projects, undertaking a review of all road plans that it plans to move into the time period of its third road strategy (2025-2030).

“This review must consider if these projects remain feasible and provide optimal value for money.”

What will happen as a result of this report?

Well of course that remains to be seen, but the Transport Select Committee have already launched a new inquiry into RIS2 and RIS3.  TCAG will be submitting evidence to this inquiry since it is so relevant to the LTC.  You can find out more about the inquiry and how you can submit your own evidence if you wish here.  The deadline is Mon 6th February 2023.

It is expected that the inquiry evidence will be reviewed and then decisions will be made.  How long that will take is unknown at this stage.  We can only hope that those carrying out the inquiry, and the ultimate decision makers will see what we already know, that the proposed LTC would be a complete waste of £10bn+ of taxpayers’ money.