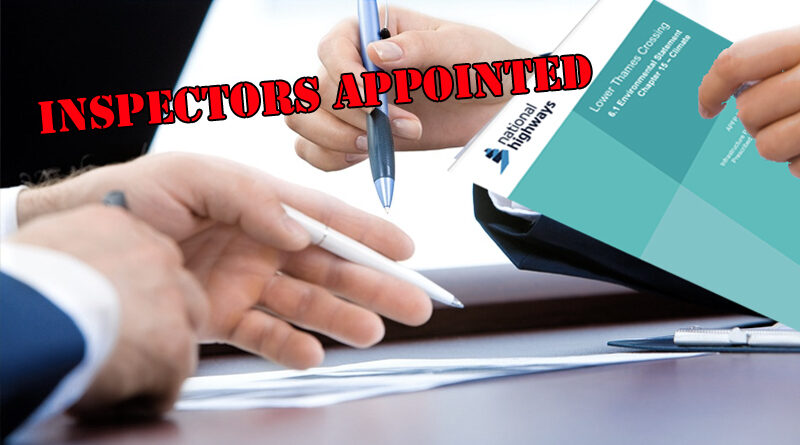 The Planning Inspectorate have announced that the Lower Thames Crossing DCO Inspectors have been appointed.

On the 2nd of December 2022, the Examining Authority (ExA) was appointed as a Panel of four Examining Inspectors.

The ExA was evidently appointed early to enable early decisions to be taken about the management of the Pre-examination stage. As preparation for Examination progresses, it is anticipated that a fifth Examining Inspector will be appointed to the Panel.

Who are the Inspectors that have been appointed?

Dominic Young, Ken Taylor and Ken Pratt are the other members of the Examining Authority that have been announced.

What have the Inspectors done so far?

The Inspectors have made a formal decision that the updated/corrected documents from NH must be submitted to the Planning Inspectorate for publication on the National Infrastructure Planning website before the start of the Relevant Representations period.  This decision has been made in the public interest and also to help efficiency in the process, particularly as it is such a huge application.

Also, they have already started to familiarise themselves with the Application, the site and its surroundings. They are considering methods for and locations to hold the Preliminary Meeting and Hearings. It has been announced that they aim to ensure a mix of hearing methods (including physical events that can also be attended virtually, and virtual events) and locations, ensuring also that physical events are accessible to communities both north and south of the River Thames.

Three members of the ExA have also undertaken an Unaccompanied Site Inspection (USI) of the site on the 6th and 7th of December 2022.  You can read more about the USI here.

The Examination Library has also now been published and includes details of all the application documents that have been released, which is said to be around 63,000 pages worth of documentation.