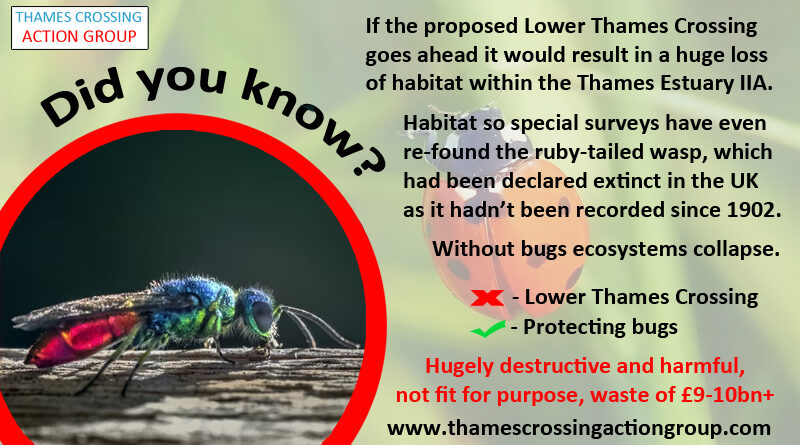 Bugs, insects, invertebrates however you refer to them, they would be negatively impacted by the proposed Lower Thames Crossing (LTC) if it goes ahead.

We all know that there would be a huge loss of habitat if the proposed LTC goes ahead, this of course impacts creatures of all size and species, including the smaller ones like bugs that often get overlooked.  Without enough of the necessary habitat it becomes harder and harder for these little creatures to survive without the places to live and goodies to eat.

Of course this doesn’t just affect them, it follows up through the food chain.  Without a healthy population of bugs other creatures that eat bugs don’t have adequate supply of what they need, and so the effects of the impact continues.

And it’s not just other creatures it impacts because bugs also include pollinators that are essential for our own food supply.  So in addition to the direct loss of agricultural land if the LTC goes ahead, our food security would also be impacted due to the impacts on our valuable pollinators.

There is also the issue of pollution on the bugs, both directly and indirectly through the impacts the proposed LTC would again have on habitat.

Nitrogen deposition effects habitats, and thus effects any creatures, including bugs that live, and survive in and because of that habitat.

We also remember back in Feb 2021 at an LTC Task Force meeting, asking National Highways how tiny creatures like bugs and pollinators are supposed to know there are ‘green’ bridges being put in place, and where they would be, and how they would know to use them rather than just taking their usual routes and sadly being impacted by vehicles?

Look at how the proposed LTC cuts through the Buglife B-lines, which was included in the NH presentation, and shows the ‘insect pathways’ for pollinators such as bees shaded with the LTC development boundary highlighted in red.  And of course it’s not just the areas destroyed by the road, it is the lack of connectivity for the B-lines too. 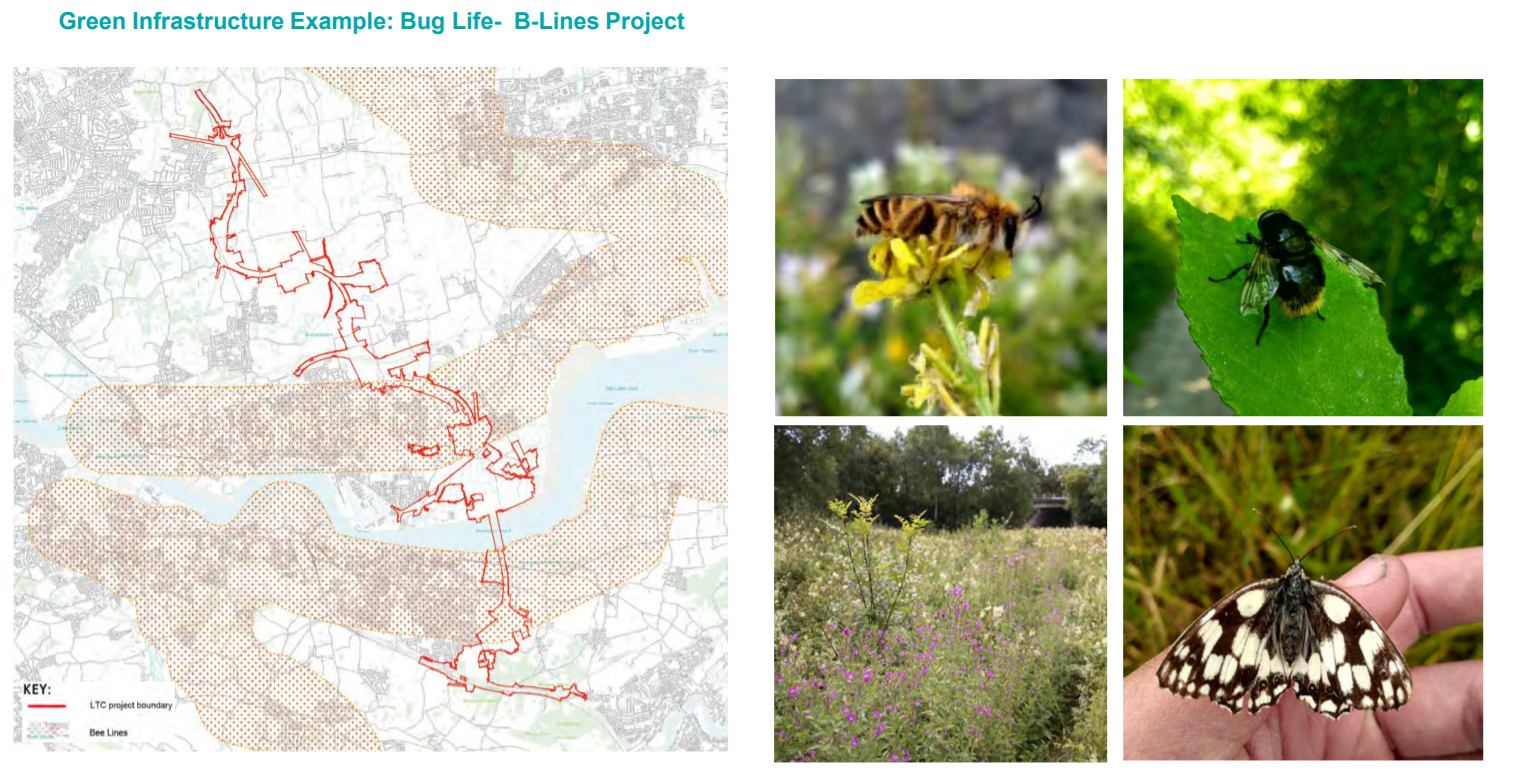 What others are saying

Our friends at Buglife are of course concerned just like us.  You can read more on their LTC campaign page, which details some of the species that would be impacted if the LTC goes ahead, including the fact that surveys have even re-found the ruby-tailed wasp, which has been classed as extinct in the UK, which was on record as not having been seen since 1902.

Our country is already one of the most nature depleted countries in the world, we need to be saving, protecting, and enhancing our natural environment, not allowing further destruction and harm from projects like the proposed LTC.

Everything in our natural world is connected, and without bugs ecosystems, which we all rely on for our existence, collapse. So when we’re opposing the proposed LTC let’s remember our special little bug friends, and keep the buzz going on why we’re opposed to the proposed LTC.