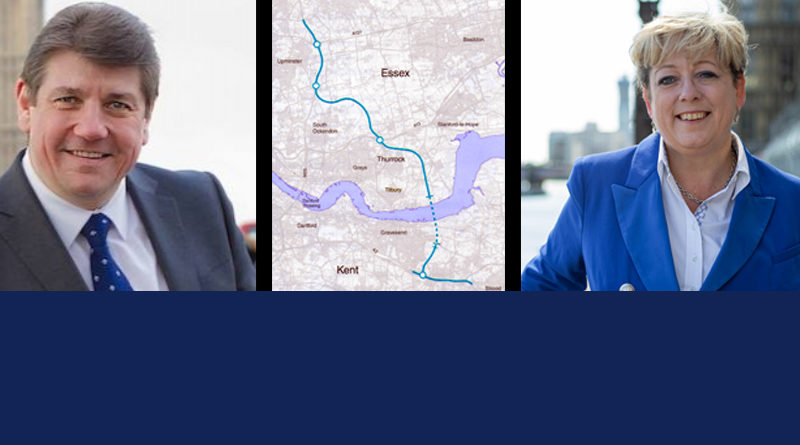 As we all know there are two MPs that cover the Thurrock area, Stephen Metcalfe MP (South Basildon & East Thurrock), and Jackie Doyle-Price MP (Thurrock). Here we share with you the latest responses to the proposed Lower Thames Crossing that they have both made within the last couple of days.

Mr Metcalfe has responded to the email we copied him into on March 15th.

In Stephen’s email on March 16th he states that he feels we “make some very valid points, as always“. He says “I  too think it is important as many people as possible have an opportunity to see the revised plans as possible so they can make informed comment”. He also states that “If people are staying away from the public events because of the virus then we do have to consider the impact this will have on the validity/range of comments.”

Of course those who have been following will know that Highways England then made an announcement to cancel the remaining info events, but to continue with the consultation.

We responded with the following email – www.thamescrossingactiongroup.com/tcag-email-requesting-postponement-of-ltc-consultation-march-16th-2020/

Mr Metcalfe let us know yesterday (17th March 2020) that he has made the same point to them, and hopes for an update soon.

We would like to thank Mr Metcalfe for his ongoing support and assistance with the fight against the proposed Lower Thames Crossing.

We have had no direct response to either of the emails we copied her into (linked above).


As we commented in our update (www.thamescrossingactiongroup.com/spring-budget-2020-ltc/) on the Spring budget the budget report and RIS2 shows that the Government are now putting up to £8.2bn against LTC.  The new cost per mile working on the figure of £8.2bn would be nearly £573.5m per mile. Yet Ms Doyle-Price still seems to be under the impression it is sitting at £6.8bn.

We are still unsure why Ms Doyle-Price favours Option C4 or Route 4 as she refers to it.  Or why she feels more people in Thurrock favoured Route 4 as she calls it, as that certainly doesn’t reflect what people tell us.

We wonder how many people were actually aware of this more recent survey that she held, as we are sure there are plenty out there, and on our group in her constituency who will not have been aware of it.

She also still doesn’t seem to grasp what most of us indentify as the problems caused by the Dartford Crossing, and how and why many of us feel Option A14 would be a better alternative.

Thurrock Council have also struggled to get Highways England to interact with them in a meaningful way on many occasions about many aspects of LTC. A point that is made very clear in their official response to the Supplementary Consultation, which can be linked through to from our update – www.thamescrossingactiongroup.com/impacts-to-thurrock/

It is also worth noting that Ms Doyle-Price is pleased that funds have been secured for the Tilbury Link Rd to connect to the proposed LTC.  We are sure residents in that part of her constituency will not be so pleased.

We would also point out that whilst we are all aware that the Lower Thames Crossing is being consultated on, a Development Consent Order has not yet been granted!

Since she made no reference at all to it in her press release, her apparent lack of concern over consultation events in her own constituency being cancelled but the consultation continuing, is also a concern.  It means some residents will now not have the opportunity to attend an info event, to view maps and info, and get answers to their questions about LTC before taking part in the consultation.

Leigh Hughes, Vice Chair for Thames Crossing Action Group has emailed Ms Doyle-Price regarding this, and  you can read the email here – www.thamescrossingactiongroup.com/tcag-email-to-jackie-doyle-price/.

Anyone else in her constituency who wishes to email her can do so using her email address – jackie.doyleprice.mp@parliament.uk.

We have also had the following article in relation to this press release shared with us: