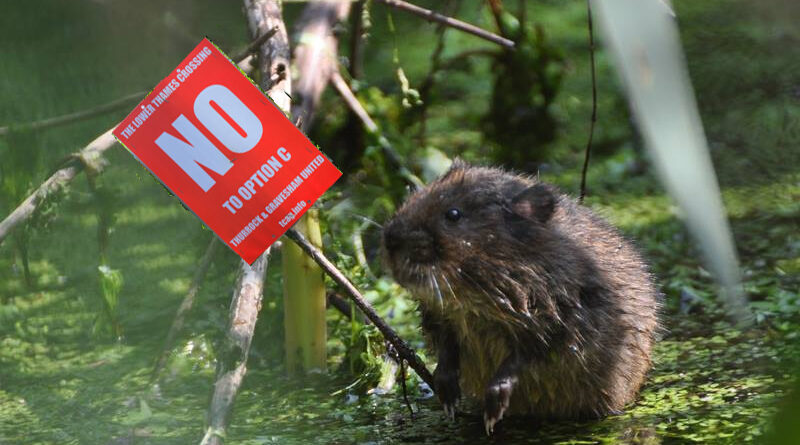 Water Voles would be just one of the many creatures impacted by the proposed Lower Thames Crossing, if it goes ahead.

Highways England gave a presentation to the LTC Task Force in January 2021, which included the image below, taken from page 20/41 of the presentation pdf.  The image of the are near Coalhouse Fort and the proposed northern LTC tunnel portal shows an area marked water vole habitat. (Click image to enlarge in new tab) 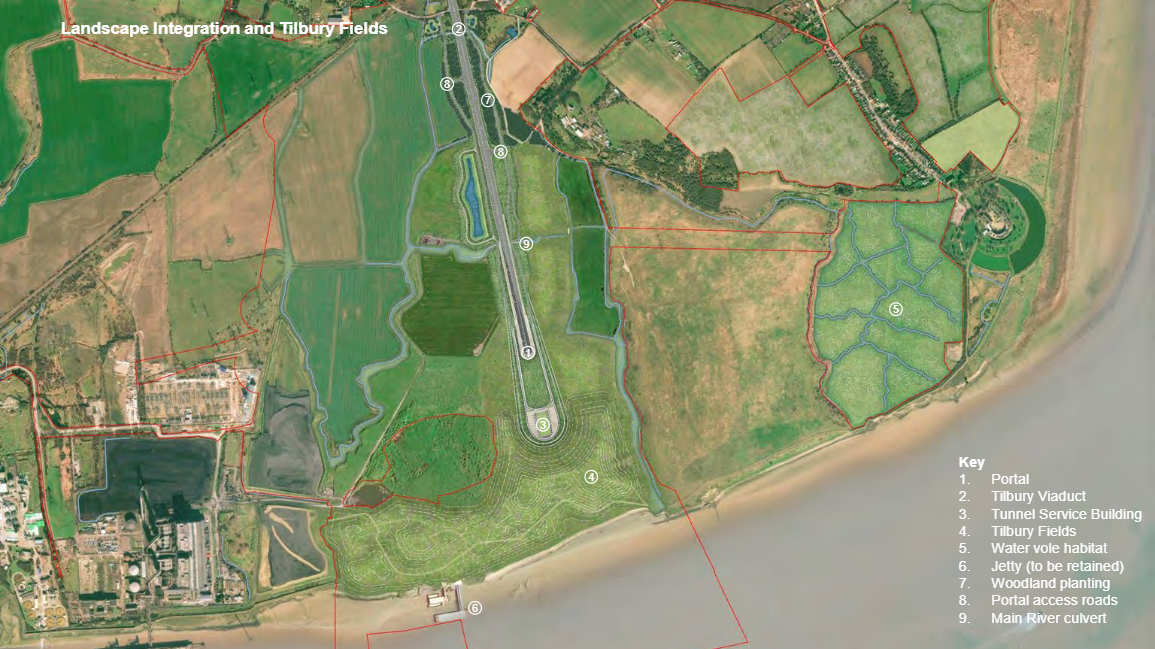 In the Community Impacts Consultation HE have announced a water vole habitat in the Mardyke Valley as per image below.  It is mentioned on page 21 of the guide to consultation, and the image below is from page 45 (page 46/330 in pdf version) of the Ward Impact Summary – North of the river – Part 2.  We’ve circled the proposed water vole habitat in blue to the right of the image. (Click image to enlarge in new tab) 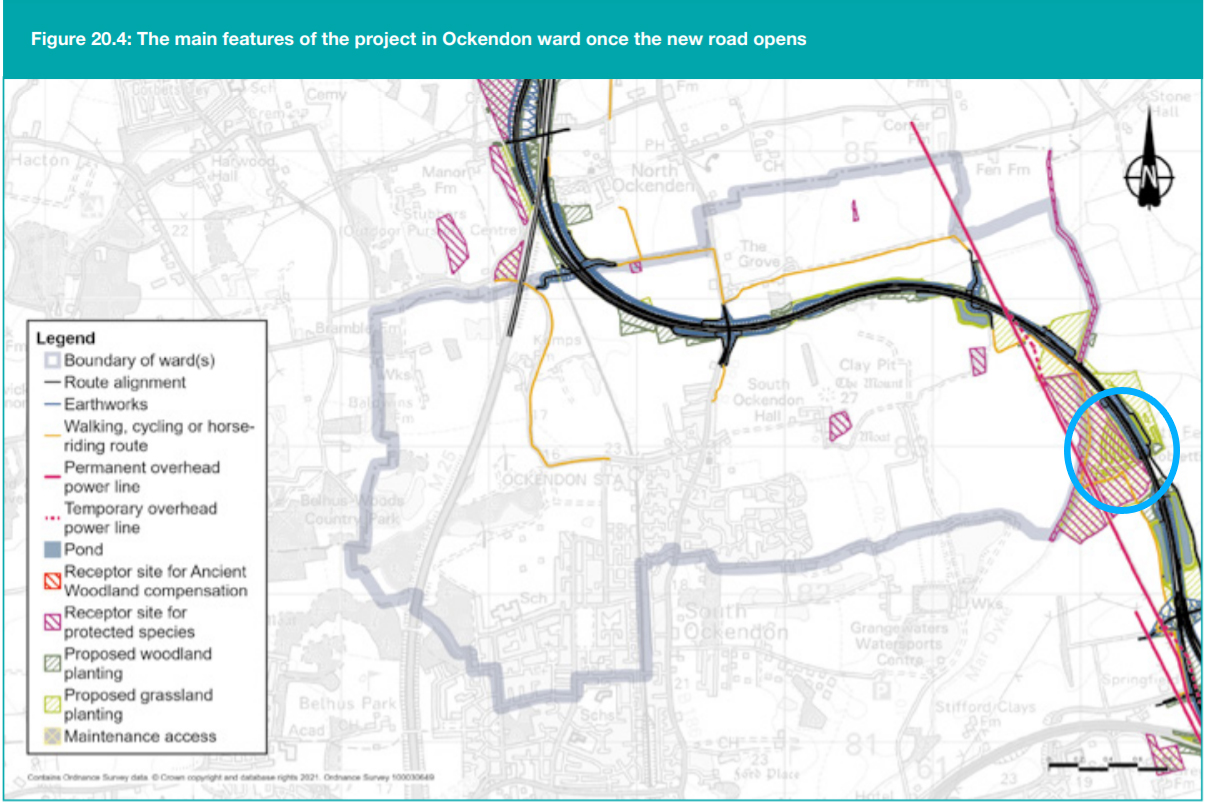 And then we have taken a screen capture of the LTC interactive map in that area to show it with Land Use layer selected showing it is an area for translocation of protected species. (Click image to enlarge in new tab) 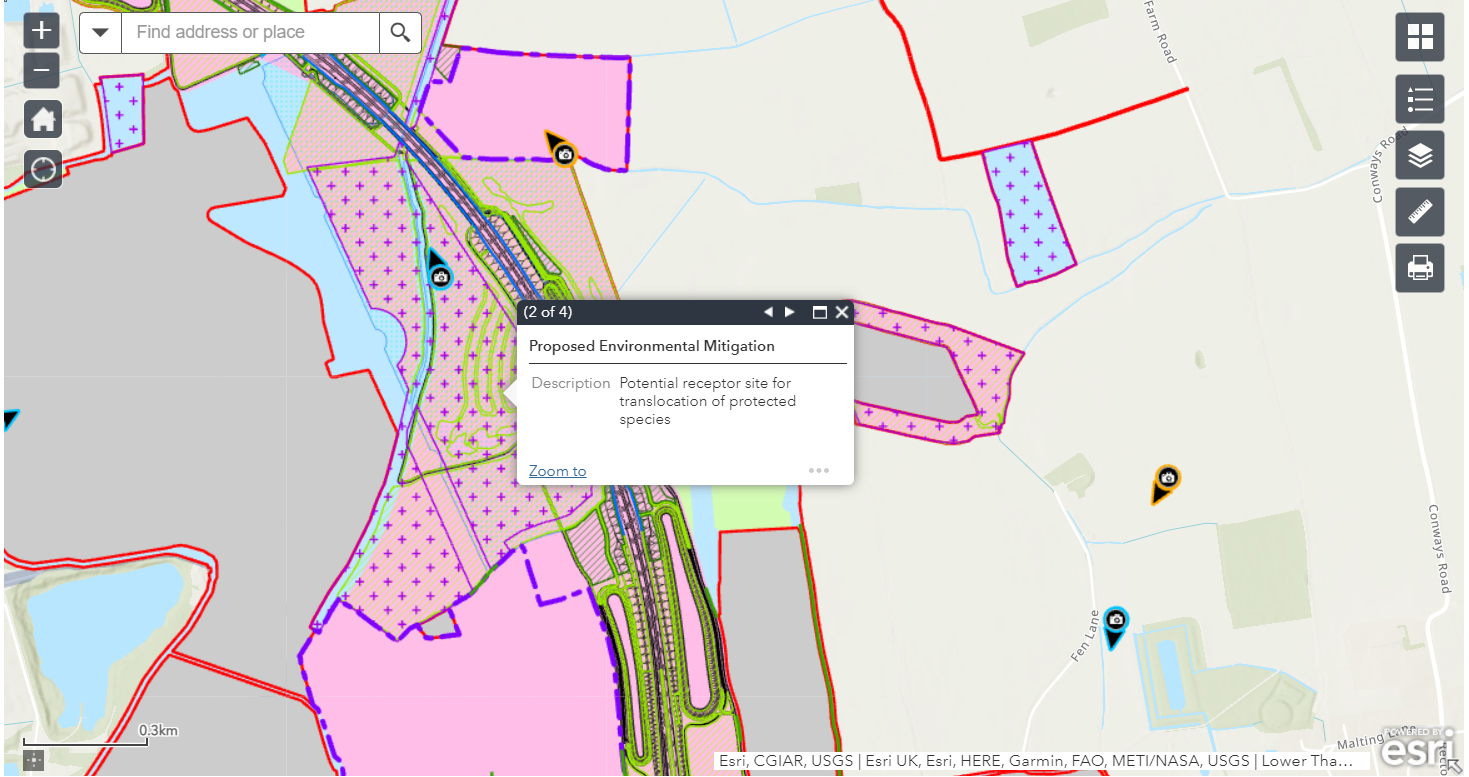 Yet TCAG have now learnt that HE/LTC ecologist have made a site visit to an area north of Coalhouse Fort, saying they were checking it out as a potential site to move water voles from the Mardyke area to.  It is an area that is already within the development boundary for environmental mitigation, but we’re definitely getting mixed messages as to where the water vole habitat is being proposed.

We don’t know how many water voles they estimate will potentially need to be translocated if LTC goes ahead, as HE won’t share details of wildlife surveys etc with us.  They keep saying that kind of info will be available in the Environmental Statement when it is made available during the Development Consent Order (DCO) process.

We do know though that water voles are very territorial, so it would not be good to translocate water voles into an area that already has an established water vole population.   Of the three potential locations detailed above we know that at least two of them definitely have established water vole population, and the only reason we can’t comment on the other location is because we need to check out that location as it has only recently been announced.

We have emailed HE to ask for clarification on this, as the detail provided so far has been far from clear or informative, as it should be.  We will share further info as we obtain anything.

I understand your concerns and I’m sorry to learn that you fee the information you have received to date has been unclear.

It may help to explain that when we carried out our Design refinement consultation last year, we were proposing to provide water vole habitat at Coalhouse Point. However, following further engagement with the Environment Agency and Natural England over proposed plans for managed realignment we took the decision to move water vole habitat away from Coalhouse Point, to the Mardyke area as shown in the current community consultation materials.

The Environment Agency and Natural England have now confirmed that managed realignment is no longer being proposed at Coalhouse Point, we have retained the area within our order limits to provide a permanent wetland habitat to support birds associated with the Thames Estuary and Marshes Ramsar site and additional habitat for aquatic invertebrates.  The proposed water vole habitat at the Mardyke is unchanged as a result of this and we now have this approach agreed with Natural England’s protected species licensing team.

I hope this gives you some reassurance.

The fact is this response did not answer all the questions we put to them, and the info provided certainly doesn’t give us any reassurance sadly.  We have sent a follow up email and will update again as we receive further reply.

The water vole is under serious threat from habitat loss and predation by the American mink.

Protected in the UK under the Wildlife and Countryside Act, 1981. Priority Species under the UK Post-2010 Biodiversity Framework. Water voles are listed as endangered on both the Great Britain and the England Red List for Mammals.

This means that HE would have to get a licence from Natural England, if they get permission for LTC.

Oct 2022 update – we have learnt through the ecology report of another planning application in the same vicinity as the proposed water vole habitat that NH are proposing, if the LTC goes ahead, that Mink have been spotted in the area.  It is a serious issue if NH are proposing to provide water vole habitat in an area known to have Mink present as they are serious predators of water vole.

Here’s a video of some local water voles in the East Tilbury area, courtesy of Nick Lay.  Thanks Nick!