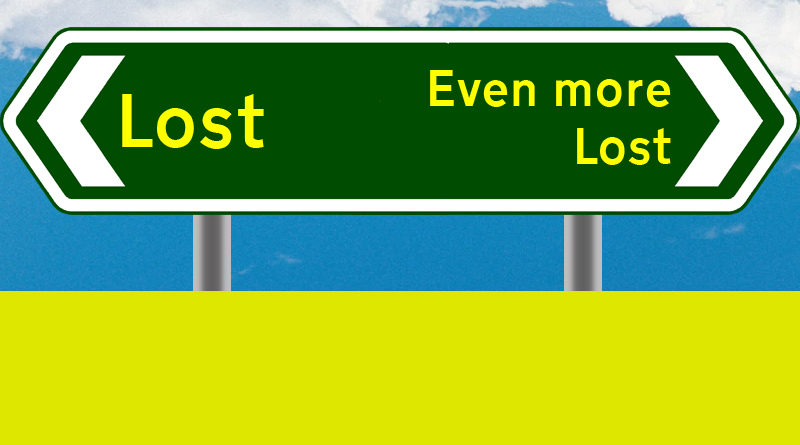 You won’t be surprised to hear us say “Get lost LTC!“,  But what about “Get lost whilst trying to use the LTC”?!!

With so many complicated and confusing connections between the LTC and the existing road network, we look at some of the issues that drivers may encounter.  We imagine many of them will be shouting “GET LOST LTC!!” if it goes ahead and they end up taking any of these wrong turns.

There’s nothing like driving along roads that are clearly signposted and have easy to understand and navigate connecting roads, and LTC would be nothing like that from what we can see!

Let’s look at if you are heading westbound on the A13 and take the LTC/A1089 slip road off.  Where do you want to go?!  At this junction alone you will be presented by numerous possibilities!  The LTC South, the A1089 South, the LTC North, but make one wrong turn and you could end up on quite the adventure!

As you can see below at the first road split you will have to choose if you want to take the right lane to turn left onto the LTC South. Or if you stay to the left you will then go a little further up the road before again having to choose between going left to the A1089 south, or right to the LTC North. 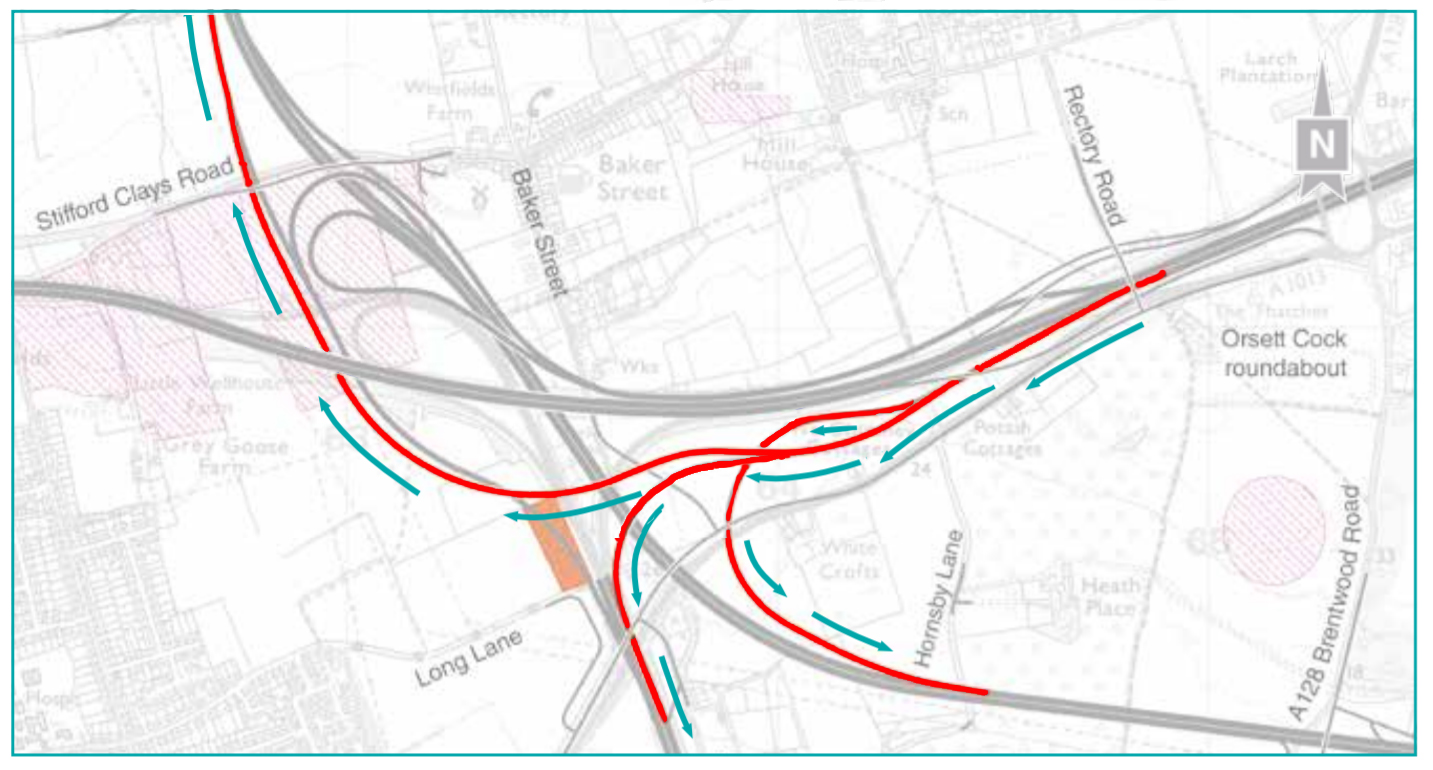 Ooops I ended up taking the LTC south from the A13 by mistake!

What happens if for instance you want to go to the A1089 south, and accidently take the LTC south junction.  I mean it would make logical sense if you have an idea of roughly where each is placed on a map that the A1089 would be to the right and LTC South the left.  But hey that’s not the way Highways England do things!

Well if you accidently took the LTC South, you would then need to continue all the way down and through the tunnels, paying the charge of course!  Then good luck as you try to figure out which way to go and where you will be able to find some way of getting back to where you want to be going!

There are a few alternatives and none will be clearly signposed as “oops sorry you made a mistake with our confusing road let’s help you get back to where you need to be!”  It is highly unlikely as you come out of the southern portal of the LTC there will be a signpost showing you the route to head north on the LTC!

When we asked one of the staff at an HE info event the question of how exactly can traffic that heads southbound on LTC turn around south of the river to come back north and give it another shot, they firstly suggested this route, highlighted by us in green (click image to enlarge)!

Alternatively, if you come down and take the A2/M2 coastbound you could drive down to J2 and turn around using the roundabout at that junction and come back and take the exit to turn northbound up LTC, which using Google maps we estimate to be around a 7 miles detour purely on the stretch of A2/M2 road, not including the LTC section south and northbound.

If you were to head westbound towards London you can follow this route highlighted by us in yellow (click the map to enlarge)!

Or if it were us we’d probably just head westbound on the A2/M2 up to the M25 and then back across the Dartford Crossing and head north on the M25 to obviously head north, or turn eastbound on the A13 to reach the A1089 south junction if that was your original destination.  So the LTC is meant to help ease traffic problems actually can very easily create them, and would more than likely in a situation like this end up with you just using the Dartford Crossing anyway, because better the devil you know!

Ooops I ended up taking the LTC north from the A13 by mistake!

Back at the various options after leaving the A13, if you accidently missed the LTC south or A1089 south and ended up finding yourself on the LTC north by mistake.  You would need to carry on North up the LTC, and as you reach the top end you would have two choices.

Ooops I ended up taking the A1089 south instead of the LTC north or southbound!

You will head down the A1089 and if you come off at the first junction you will be out and about on the local roads, which if you’re not a local will get very confusing very quickly, especially without satnav!  If you continue down to the roundabout where Asda and Amazon etc are, then you can go all the way around and head back North up the A1089.  At the top of the A1089 you will be able to choose between options to go on the LTC North, LTC South, and either Westbound or Eastbound on the A13!  Best pay attention because a wrong turn will again mean another adventure!

If you accidently take the LTC Southbound instead of Northbound then it’s all the way south of the river down to the A2/M2 and hoping for the best to find somewhere to turn around and find your way back to the LTC junction to head north again!

If you accidently take the LTC North instead of South then it’s all the way up to the A127 via the LTC and new parallel road, before you head back down Southbound!

If you accidently take the A13 westbound or eastbound rather than LTC. If you head westbound you will be able to go to the next junction at Stifford Clays, up and around the roundabout, and then have to head eastbound all the way back down to the Stanford junction, up and around the roundabout, and then back westbound to have another shot at the LTC junction!  If you accidently head eastbound on the A13 you will again need to take the Stanford Detour back to the LTC junction!

Yes we know it’s all very confusing isn’t it. Heaven help everyone if this does go ahead and what signposting will be put in place, or will need to be put in place to make it anywhere near user friendly. It’s crazy.