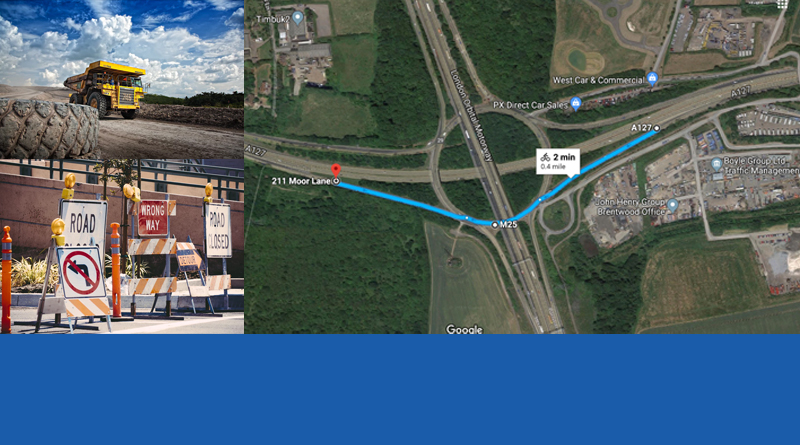 What are HE planning to do re Statera gas pipe that is planned to run through near the Tilbury Service Station?

At the consultation info event for Statera (Thurrock Power Plant) we learnt that part of their plans for their gas pipes takes it through the area where HE have the Service Station planned.  We asked them what would happen, and they said that they were in talks with HE, and are aware of the issue.

If HE can give a definitive answer on exactly what their plans are in time for Statera to take it into consideration then they will try to adapt their plans to take HE’s plans into account, at a cost to HE.

Alternatively, they said HE will have to come along again at their own cost and move the gas pipe that Statera have put in if they need it moved!  To be clear Statera’s consultation period ended yesterday, and what the point of no return is with regards to the planning of this gas pipe isn’t entirely clear.  Yesterday HE confirmed they are in talks with Statera regarding the pipeline.

HE stated that is does, and they are 90% sure that it will stay within budget, with the top end figure of that budget currently at £6.8bn of public (taxpayers) money.  They stated that obviously that was as the project stands now, but there could be changes after consultation that could change things!

Without PF2 what value for money exercise will HE carry out?  Who audits HE and checks that the project is still valid?

PFIs and PF2 were abolished in the last budget, which means the whole project will now be funded with public money instead of part private money.  According to HE the price is comparable.  Another source has informed us that VAT has to be added when using public money, which on £6.8bn would mean an additional cost of £1.63bn for VAT, meaning a new total of £8.16bn at this stage.

Where will materials for construction be sourced?  Will they be extracted locally?

HE have commented that materials will need to be sourced from all over, as not all will be available locally, but that if any can/are excavated locally they will be.  We have heard from locals with knowledge that we should expect quite a lot of chalk from under the river, so tunnel spoil.  Obviously samples have and are being taken along the route as part of HE’s research.

What capacity will the proposed Lower Thames Crossing have?

HE Staff at the event at Linford were not able to give a definitive answer to this question, ie a figure.  Obviously we all know that the Dartford Crossing has a capacity of 135 thousand vehicles per day.  They suggested to us that the standard equation for a 3 lane motorway would be between 200-2100 vehicles per lane per hour.

We have submitted this as a written question to HE to get an official response and a capacity figure for LTC, including how they came to that figure.  We’ll keep you posted!

Are there any plans at this stage as to how the construction will take place, if LTC goes ahead?

It is likely that they will start with the tunnel and then move onto junctions, but there is no definite answer yet.  We have been told that the construction plan will be outlined when they submit their Development Consent Order (DCO) application.

How will HE alert M25 traffic they need to detour to LTC if there is an incident at the Dartford Crossing/M25?  Will the Orsett Cock be marked clearly to show there is no access to the LTC or A1089 (south)? What provisions are there for when LTC and/or Dartford Crossing are closed?

We have been advised by HE at one of their info events, that none of these are at a stage whereby they have been planned yet.

We emailed Connect Plus regarding the rumour that we keep hearing about one of the Dartford Tunnels being closed for 2 years for critical repairs.  Their reply was:

Connect Plus Services works on behalf of Highways England to manage, operate and maintain the M25 and its linking roads, as well as the Dartford-Thurrock River Crossing.

I’m pleased to confirm the information you’ve received regarding the 2-year tunnel closure for crucial repairs is untrue. However, there’ll always be one tunnel closed each night for essential works – either programmed or maintenance – from 21:00h to 05:30h. Work on the Dartford tunnels is carried out on a continual basis.

Someone has also made us aware that HE have not taken cyclists, pedestrians, and equestrian users into account when planning the new M25/A127 roundabout/junction.  This is their discovery:

The south path along the A127 will have to cross the two fast slip roads to/from the south of the M25.  The planners have not thought about the dangers of crossing two roads where vehicles will be travelling at up to 70mph.  The person who bought this to our attention was advised to make a note of this under Q5 in the Response Form and then Highways England will have a legal duty to consider this.

The path is approximately shown by the blue line on current Google maps, Right image from HE LTC map. 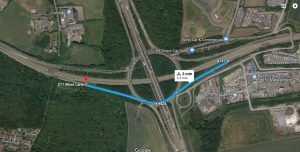 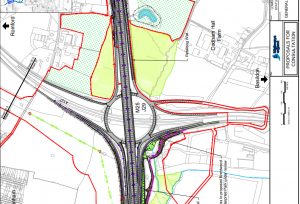 At present it isn’t too difficult to cross the slip roads as traffic already on the roundabout stops for the traffic lights (hopefully these will remain and the west side junctions will also get traffic lights) and traffic joining slows or has to stop.  When the new continuous slip roads are built, if you need to cross, vehicles will be travelling along them at over 60 mph and without a bridge or toucan lights getting from one side to the other will be dangerous.  At present they cycle across there and are confident enough to find that becoming traffic and taking the roundabout is safer and quicker than crossing the slip roads.  However when the new roads are built that will still mean crossing the slip road on to the A127 while vehicles pass on the left at 60mph.

The person who bought this to our attention has not checked the other main junctions as they are not as familiar with the layouts.  If you are familiar with any other affected areas and have noticed problems like this please email and let us know admin@thamescrossingactiongroup.com.