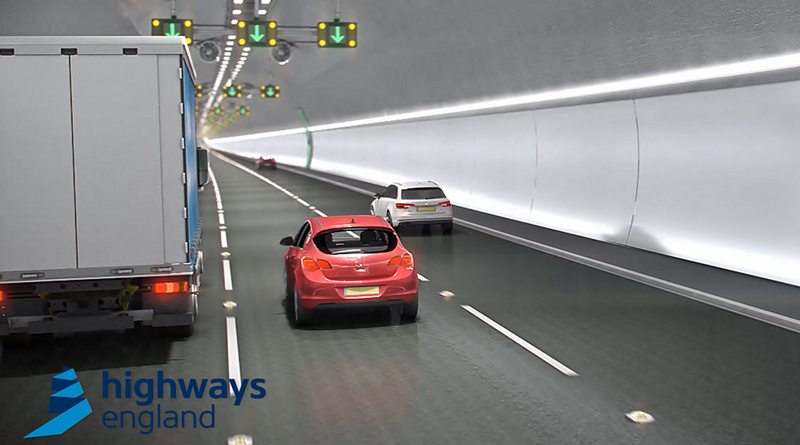 The Lower Thames Crossing Action Group (TCAG) are grateful to Highways England (HE) for finally sharing this model with us. It goes some way to demonstrate how destructive to communities the Lower Thames crossing will be. Watch the video here – let us know your thoughts!

Portal details are missing from the tunnel – We must appreciate and be mindful this proposal is far from complete.

This map is also scaled… 1:10, meaning all of the side views are 10x exaggerated than reality.

A number of times HE can be quoted on how they will “respect communities” and how the “lasting legacy” is import to them. With that in mind, how do the communities of Chadwell and Orsett Heath feel about being cut off from access to the A1013 & Baker St, one of the main routes into Orsett Hospital, leaving them with only one option via the Orsett Cock roundabout and the dangerous A128.

In this rendering it can be seen that two locations have been blocked. 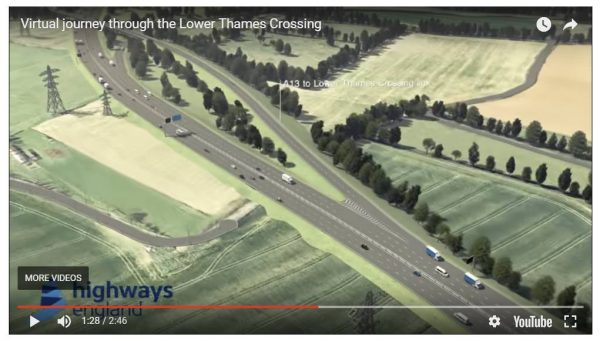 It is unclear in this rendering if Whitecroft nursing home remains or is consumed by this route?

This picture is looking north with a camera position over Treetops Special Needs School.

You can see the sloping slip way departing from the west bound A13 to the southbound LTC.

Pictured within the middle is a new roundabout that links the A1089 with the A1013, including connection to A13 westbound and the elevated A13 east bound link over the roundabout to southbound LTC.

This junction consumes the travellers site, grade 2 listed buildings, homes and community link roads. We believe this junction is asking way to much for a road system to deliver. The complexity and layout of this junction is staggering. 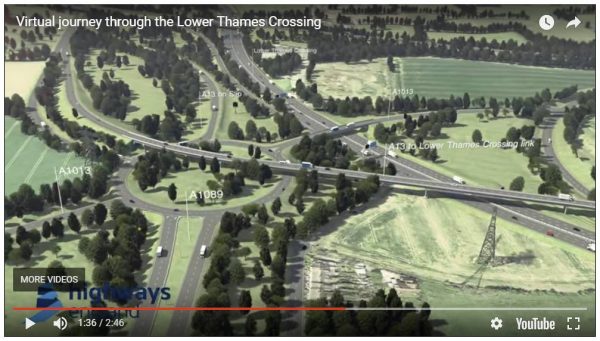 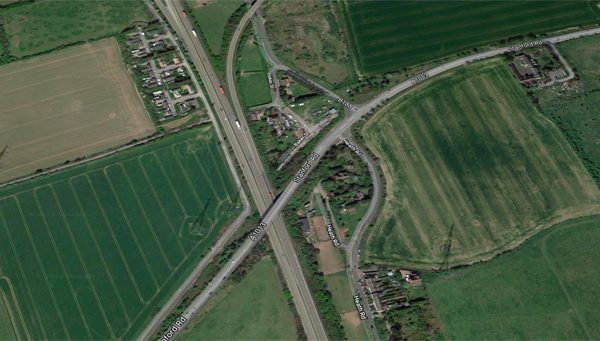 Please write to your local Councillors with reference to this proposal.

TCAG feel HE have completely ignored your request on respecting ‘your community‘, by deleting the shortest and safest of route to and from your health hub at the Orsett Hospital.

The obvious solution would be to take Heath Road into the roundabout situated in the illustration above.  Maybe HE feel this junction wouldnt cope with more roads entering it?

It would seem HE have not implemented Lessons Learned when implementing roundabouts into motorway links. This opportunity into the port of Tilbury should have a specific slip road linking the LTC with the docks. Failing to address this will throttle back flow leading to potential tailbacks at this junction. 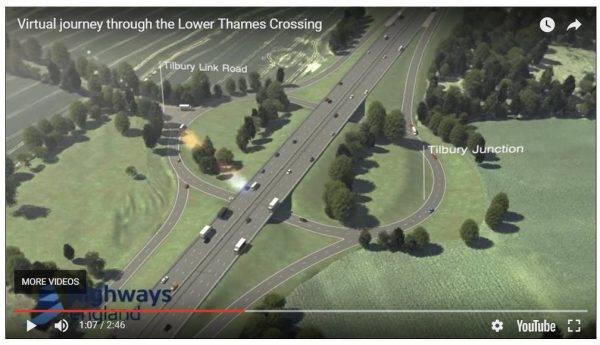 As you can see, this roundabout is slightly depressed with embankments built around to limit pollution spread (light | air | noise). However, the main part of the route goes above, rather than below, as requested via the Thurrock Council Task Force & community lead meetings.

Does this mean those meetings are lip service… and your requests are largely being ignored?

Two slip roads proposed each side of the existing M25 corridor – They will facilitate: –

Picture below is looking in a northerly aspect – towards brentwood from stubbers area. 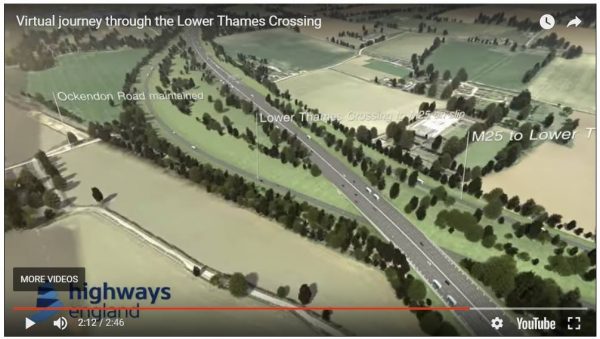 As you can see, the northbound slip is below the existing M25, cut in as it comes from north ockendon / bulphan fen area.

+80,000 more vehicles (According to Tim Jones –  Highways England Project Director for the LTC) across the region is very worrying to anyone in Essex, Kent and surround counties. The associated pollution this brings is extremely worrying (noise, light & poor air quality for those that surround this route proposal). And this particular route proposal consumes the most Green Belt out of most of the other options seen within the 2016 consultation.

However, this goes way beyond the boundaries of Thurrock…

How will the north east quadrant of the M25 cope with this increase in traffic volume, when already the A127 cannot access the M25 motorway effectively, nor can the A12. Both roads see considerable disruption every single day of the week, extending outside of the normal rush hour times. The A10 and A1(M) both see significant delays in journey times.

TCAG urge Thurrock Council to seek support from neighbouring Boroughs & County Councils as the LTC has a much wider impact than just what’s seen within Thurrock or Gravesham.

Will Highways England be fully prepared for the DCO expected during 2019?

How will the route be funded?

Will funding the LTC divert funding away from the northern powerhouse development?

Valid questions only our Government can answer!

Members of the public can attend and sit in the public area. Regarding any questions you may want addressed there is a process whereby you can formally submit a question three days prior to meeting or alternatively ask one of the three public representatives to ask on your behalf. The Agenda will be published in the week before the meeting.

As always we would urge you to attend and show your support. Thank you.

For those not able to attend the meeting, here is the audio recorded live at the meeting.

It was revealed during this meeting, by the project director Tim Jones, that the Lower Thames Crossing will not meet demands of future traffic needs.

With an expected rise of 38% across the region it is clear to TCAG the government selected route is not fit for purpose. This is such a high price to pay with impacts to the environment and local communities, let alone the expense this route is costing… We believe there are better solutions out there!

If you dont write to Highways England, they will not know your thoughts and solutions…  We urge you to write in, your children look to you for protection.. Do your best by them!