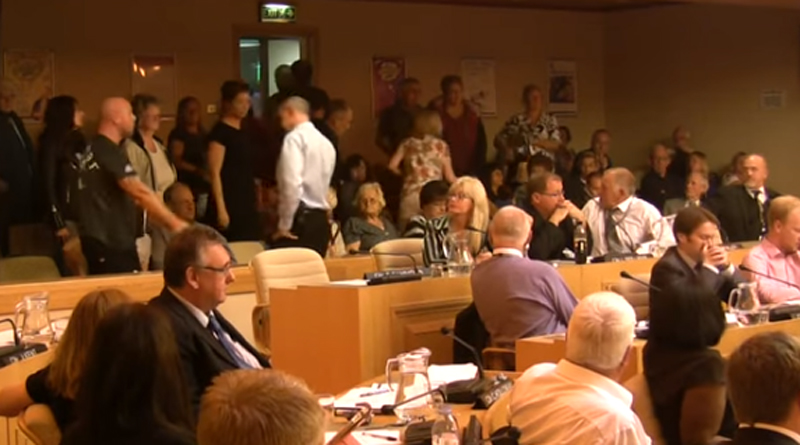 After Council members spoke about the crossing, many of them commented how important is is that residents are given a voice and listened to regarding the crossing.  Soon after George respectfully asked for two minutes to address the chamber regarding the Lower Thames Crossing.   The Mayor refused and ended up suspending the meeting, whilst George and other members of the group were ejected from the public gallery.

The full meeting can be viewed on YouTube thanks to Your Thurrock Films.

George attended meetings with the Council soon after and as a result of all of this TCAG have been invited to join the new Thurrock Council Task Force for the Lower Thames Crossing.  There was also a much needed boost to exposure for the campaign.