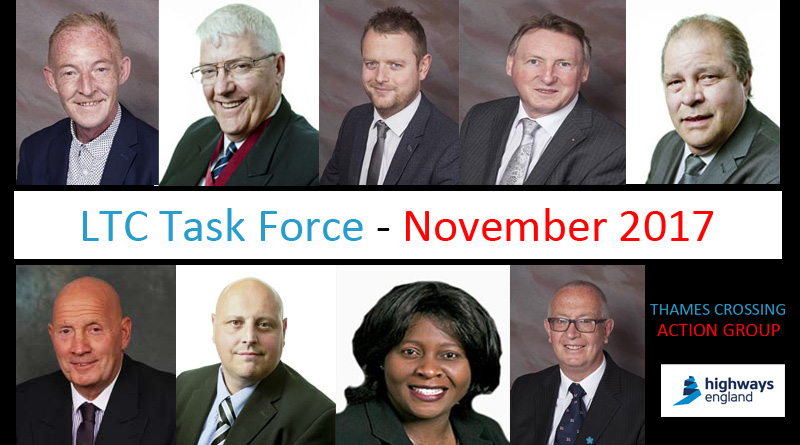 The Nov 2017 Task Force Meeting took place at the Council offices on Monday 20th.  Highways England were in attendance and the following are some videos we filmed on the night.  Apologies if the camera work isn’t steady, this was grabbed on a mobile phone!

We did ask for a copy of that map, but unfortunately Highways England hadn’t had the fore thought to apply the necessary stamps to the map before coming to the meeting, to be able to release it for public consumption.

We tried to capture what we could of the question put to HE by the Task Force Committee.

TCAG would also like to congratulate Linda Mulley as the new Residents Representative on the Task Force Committee.  This was her first Task Force Meeting, and she is an excellent addition to the Committee, with some tough questions to Highways England.  Thank you Linda.

Dr Kim Yates (Independent Technical Advisor on Environmental Issues) also gave an interesting presentation on the Council’s proposed response to HE’s EIA Scoping Report, which can be found here.  The deadline for the response is Nov 30th, though Steve Cox (Corporate Director of Place) stated that HE have said they can have more time if needs be.

You can find the Agenda and Minutes for this meeting here

The Audio of the meeting can be listened to here

The next LTC Task Force Meeting will be held at 6pm on Monday 18 December.  Members of the public can attend and sit in the public area.  Regarding any questions you may want addressed there is a process whereby you can formally submit a question three days prior to meeting or alternatively ask one of the three public representatives to ask on your behalf.  The Agenda will be published in the week before the meeting.