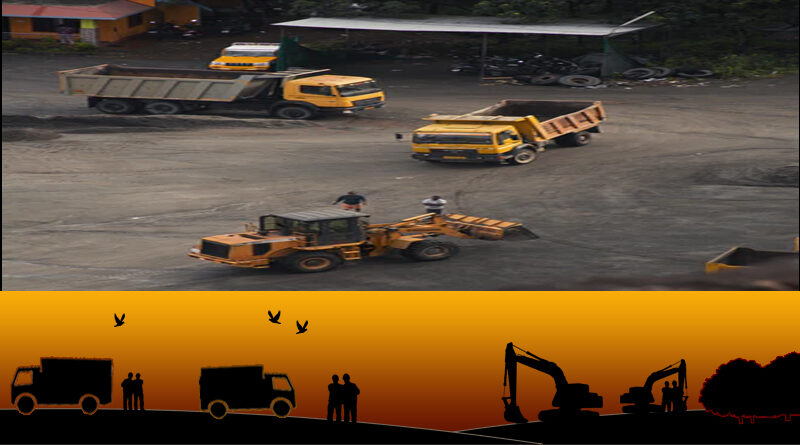 A couple of planning applications for a site at Rivenhall End, Witham on the Essex County Council planning portal were recently brought to our attention.  The reason they are of interest to us is because they actually mention the site as a potential site for disposal of the spoil from the proposed Lower Thames Crossing.

Obviously we have been questioning HE for some time now as to where they propose to dispose of the spoil, yet not real answer has been forthcoming.

In April 2021 it was announced that Ingrebourne Valley Ltd is expected to be awarded the £43M deal to manage and remove spoil from tunnelling on the proposed LTC after a procurement process identified the firm as the only one with the necessary capabilities.

We would comment that surely a neccessary capability of a company contracted to remove spoil is that they actually have permission to dispose of said spoil somewhere?!!

According to Google Maps the journey between East Tilbury where the tunnel would be excavated up to Rivenhall End for the spoil to be disposed of looks to be around a 1 hour journey.  It appears that the most likely route would put additional traffic pressures on the local area, Stanford junction, A13.

In the Supporting Statement document it is stated that the LTC “will generate an estimated quantity of tunnel spoil in excess of 1.8 million cubic metres, which is expected to commence construction in 2022“.  However, as we know HE will be holding another round of LTC consultation starting in July through Sept, and they then have to log and anaylze the responses, taking all responses into account before preparing and resubmitting the LTC Development Consent Order application, which then takes a considerable length of time to go through pre Examination stage and Examination stage, before recommendations and decisions are made on whether the DCO will be granted or not.  Construction cannot legally begin until such time as a DCO is granted, and since HE have not resubmitted the DCO application yet and the length of time the whole DCO process takes, construction is not likely to begin in 2022.

The closing date for responses to the Rivenhall End application was Fri 20th June 2021, and it is now a case of wait and see what happens next.  To be clear we don’t know anything other than what can be read in the associated planning documents, but we thought it was worth a mention since those documents referenced the proposed LTC.

We were interested to read in the associated documents for the planning application that Highways England have actually responded saying they recommend the application is not decided before July 8th.  This is evidently because the planning application site is located close to Highways England’s project ‘A12 Chelmsford to A120 Widening scheme’, and they need to continue communications with the developer and their consultants to ensure the A12 widening scheme is not compromised.

However, dig a bit deeper and it appears HE are still yet to consult on the A12 widening scheme.  HE being presumptious, surely not!

All the info about the Rivenhall End planning applications – click here and here  Comments can also be submitted via email to mineralsandwasteDM@essex.gov.uk