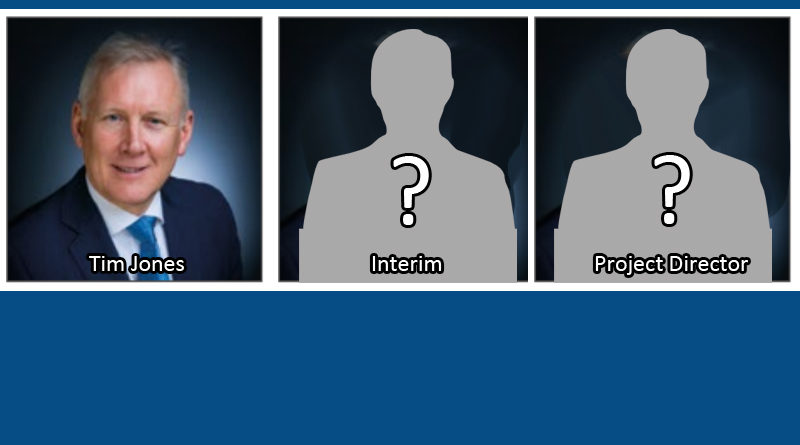 At the time Highways England tried to pass it off that it had only ever been planned for Tim to see LTC through to the Statutory Consultation stage.  They said they always planned to have someone else take over for the DCO stage.

We never bought into that explanation!  I mean why if it was always planned was a new replacement not announced and ready to go with a nice smooth handover from Tim?!  Eventually after us questioning this numerous times, HE finally admitted that Tim’s leaving was not as expected as they first implied!

It was announced in late July 2019 that Alan Seywright would be taking over as an Interim LTC Project Director.  What do we know about Mr Seywright?  We know his current job according to LinkedIn is as Vice President of Jacobs UK Ltd, with no apparent listing of this Interim position!

We know he was the Project Director of the Queensferry Crossing during it’s development stage amongst other things.

The same Queensferry Crossing in Scotland that was this week closed to all traffic due to risk of ice and snow falling from cables of the bridge. Who ever would have dreamt they would get snow and ice in Scotland of all places?!!

One article we read (linked here) states, “prior to the opening of the bridge in 2017, Transport Scotland officials said they were “optimistic” wind-shielding fitted to the structure meant it would never need to close.

But the Scottish Government said last year it would fit ice sensors to the bridge after three car windscreens were smashed by falling ice and snow.”

Clearly this has still not been done, and has become an extreme safety matter. The poor motorists up there are evidently currently facing a 26 mile diversion until the crossing is deemed safe to be reopened. 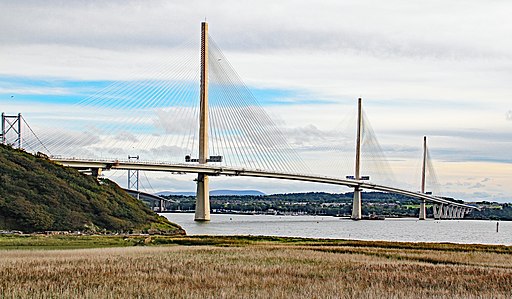 In an article by the BBC (linked here) an expert when asked why he thought the bridge designers did not anticipate the ice problem, he said he would assume they thought the probability was very low and there was not the need for any kind of comprehensive solution.  Erm who thinks the probability of snow and ice in Scotland is very low?!  Do we want the person who was Project Director at the design stage, who presumably was overseeing the project design, and clearly made this kind of poor judgement to now be the Interim Project Director for LTC?

Fair enough this is not a Highways England project, but this is another reminder on why we need to keep questioning everything, and everyone involved in LTC.

It seems that along with the LTC having an Interim Project Director, it also seems to have an Interim Deputy Project Director, Keith Rumsey.  According to his LinkedIn profile it seems he started the role in July 2019, and appears to have a strong background of working in the rail industry in various roles.  Not sure how beneficial that is for a road project!

We are not aware of anyone in a position of Deputy Project Director at the time Mr Jones held the Project Director position.  We are not sure if this is another position they were not expected to become vacant. Or perhaps an insight into the fact they learnt the hard way that this is a role that should have been in place for such situations when your Project Director drops you in it!

It is considered that neither Interim Project Director or his Deputy have taken it upon themselves to immerse themselves in the detail of LTC, due to the temporary nature of Interim positions.

However, we are very curious as to exactly what they both have done, and are doing, to warrant the no doubt large salaries they are likely being paid for these roles.

When the Highways England gave the LTC Project Summer update in 2019 it was Chris Taylor, Director, Complex Infrastructure Programme – Highways England who made the announcement and wrote the foreword in the update.

When the LTC Supplementary Consultation was announced in Jan 2020, it was yet again Chris Taylor who made the announcement and wrote the foreword in the Consultation Guide.

When Tim Jones was LTC Project Director he made the announcements, he wrote the forewords, he attended events, he had meetings with MPs, and stakeholders.  We had meetings with him as an action group, along with our MP.  Both interims have been noticeable by their absence!

We would also ask who in Government has given the go ahead for the Supplementary Consultation to go ahead, with clearly no real leader at the helm?  Indeed are they even aware that HE seem to be struggling to fill the position?

So again we ask, what have and are the Interim Project Director, and his Interim Deputy actually doing with regard to LTC for their money?

When will HE finally announce a new permanent replacement for Tim Jones?

A recent email we received from HE on this topic states “We will be appointing a permanent project director for the Lower Thames Crossing shortly.  Alan Seywright, Interim Project Director, continues to lead the team.”

It is certainly questionable as to why it has taken since July 2019 until now, and we still have not had an announcement of a permanent replacement in the role of LTC Project Director.  Maybe it isn’t such an amazing project to be involved in as Highways England think!

I guess as they say, watch this space!

NB. We would have included a photo of the Interim Project Director in the title image. However, we are completely unaware of what Mr Seywright looks like as he has been noticeable by his absence with regard to LTC since he took the position in July last year!  Same for Mr Rumsey!

Highways England have also advised us today that they have now appointed a new LTC Project Director.

“I would also like to take this opportunity to let you know that we have a new Project Director, Shaun Pidcock. Shaun joins the project having led the Highways England Smart Motorway Programme for four years. He leaves the Smart Motorway Programme in good shape and is now ready to lead the Lower Thames Crossing as we approach our Development Consent Order (DCO) planning application, and get prepared for project delivery.”

Not sure that we agree that the Smart Motorway Programme is in good shape, especially when you start researching just how seriously dangerous they are. We certainly have serious concerns over the ‘smart’ aspect of the proposed LTC. Guess we’ll have to wait and see how Mr Pidcock shapes up as LTC Project Director!