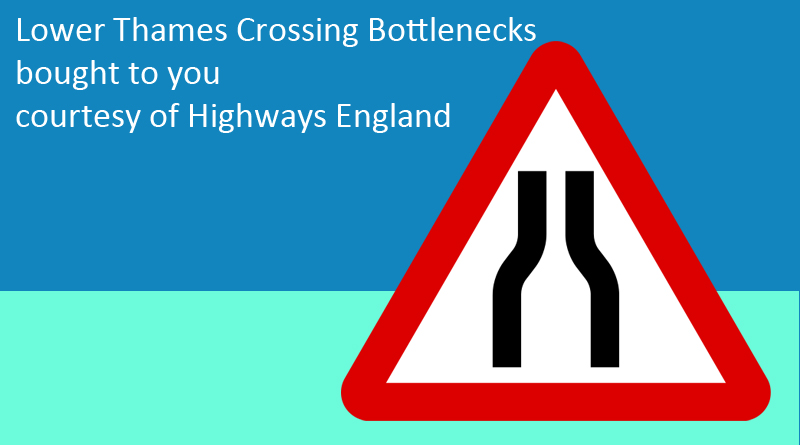 As we review the info provided as part of the Statutory Consultation we are already uncovering so much, this post covers the bottlenecks that the proposed Lower Thames Crossing could bring if it goes ahead, including the LTC itself, A13, and M25.

The A13 from Orsett Cock heading westbound, along  the stretch to where the newly aligned A13 slip from Orsett Cock merges with the A13 is only two lanes, so a nice bottle neck on the A13.  Zoom in and have a look at the map on page 22 of this pdf – https://highwaysengland.citizenspace.com/ltc/consultation/supporting_documents/LTC%2013a%20Map%20book%201.pdf

It shows the lanes clearly on there, well when I say clearly I needed a magnifying glass to check properly, but then again my eyes are tired, and I think I do need new glasses!! (It’s circled in yellow below)

This will create a terrible bottleneck on the A13 and right on top of busy junctions.

The LTC appears to drop to two lanes from the sections around the large A13 Spaghetti Junction. 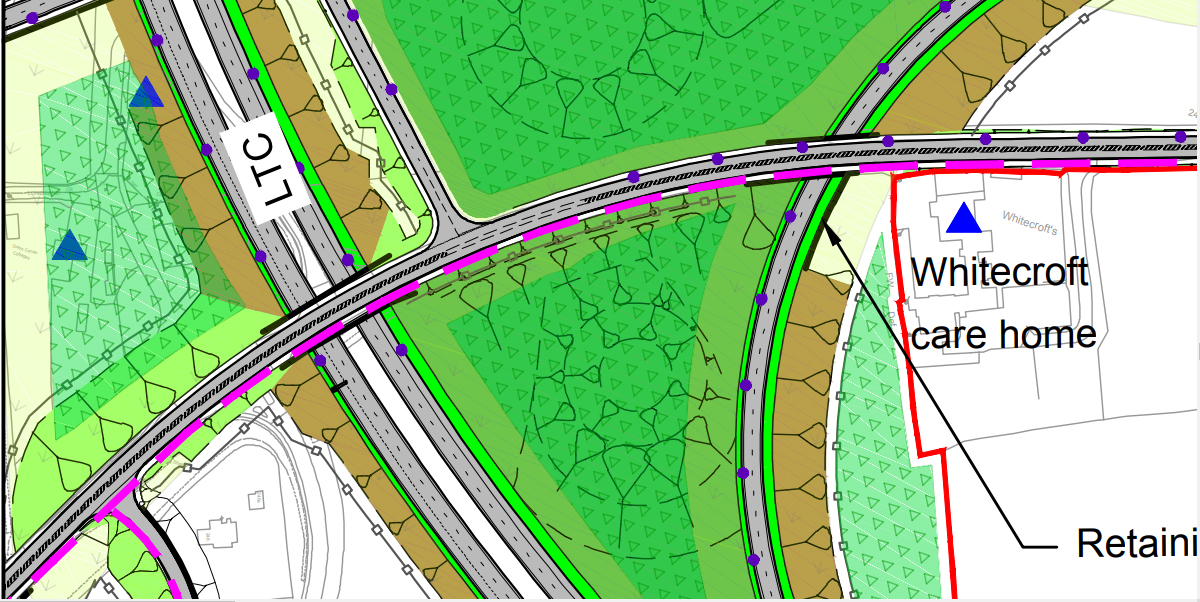 So if heading North from the A2 on LTC from around where the bridleway crosses LTC (just before where Hornsby Lane crosses LTC), LTC starts filtering down from 3 lanes to just 2.

It then stays at 2 lanes until where the LTC slip from A13 westbound merges around Green Lane Bridge.

Update 22/10/18 – We spoke to HE yesterday at their Bluewater info event and they have stated that the Northbound LTC only drops from 3 lanes to 2 lanes for a short section, not as it first appeared to us (outlined above).  Evidently the change in lane markings that is shown on their Map Book 1 (as linked above) does not mean LTC reduces to 2 lanes at that point (ie the left hand land turning to a filter lane).  We’re not convinced!

HE agreed the Southbound LTC 2 lane section is longer (as described below).

Here is the section that HE have admitted will be just 2 lanes, on the Northbound LTC creating a lovely bottle neck.

Click and slide the arrows on the page to the left and right to see the section of road the HE have agreed would drop from 3 lanes down to 2 lanes highlighted in yellow.

HE didn’t seem too concerned that when the Dartford Crossing or M25 closes and all traffic wants to detour across LTC (if it is built) there would be a 2 lane bottle neck causing chaos on the route.

It then stays at 2 lanes until around where Hornsby Lane crosses LTC at LTC southbound slip off A13 heading westbound.

I hope that all makes sense, I got the info from studying various maps on the pdf linked above.  Surely this is not conducive to free flowing traffic that HE keep stressing.

Surely this will have a huge impact on the M25 and slow down the traffic flow and potentially cause more accidents due to lane changing?

So much for HE saying LTC is all about getting free flowing traffic!

And we haven’t even finished looking at the maps in details yet…..

If anyone else identifies anything when they are looking through please let us know!