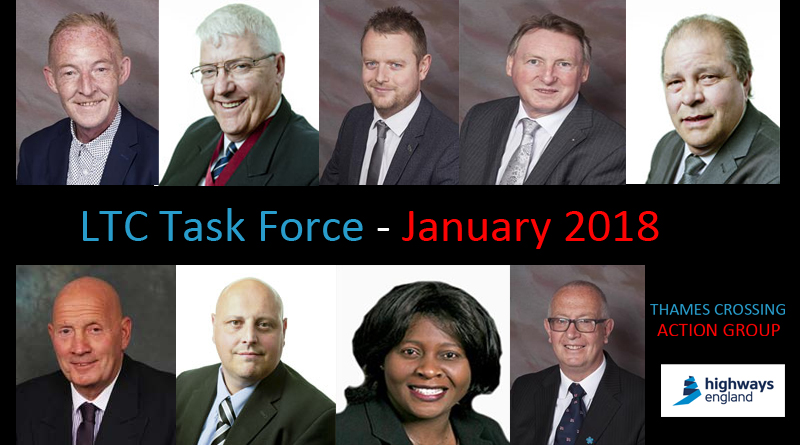 The January 2018  LTC Task Force Meeting took place at the Council offices on Monday 22nd.  Highways England were in attendance.

After the usual house keeping, such as Apologies for Absence (which unfortunately included TCAG due to work commitments, but we did have a member of the admin team sat in the public viewing area), approval of Dec meeting minutes, confirmation that there were no Items of Urgent Business, and everyone having declarations of interest; the committee went through the Actions from Previous Meetings.

It had been decided that there would be a theme for each Task Force Meeting moving forward, and January’s theme was ‘How and when can Thurrock shape the current proposals’.

Highways England gave a presentation which included this:

Highways England Update How and When can Thurrock shape Proposals

The ‘Project led decisions’ we were told were not things that we could not influence.  Residents Rep, Linda Mulley did try to question Highways England a couple of times on exactly what we would be able to influence, and stressed how important it was that we should be able to have input into the horizontal and vertical alignments of the route, to no avail.

The theme for the Feb meeting will be ‘Visual impacts of the proposal’ and in March ‘Health Impacts and Air Quality’.

The next LTC Task Force Meeting will be held at 6pm on Monday 19th February 2018.  Members of the public can attend and sit in the public area.  Regarding any questions you may want addressed there is a process whereby you can formally submit a question three days prior to meeting or alternatively ask one of the three public representatives to ask on your behalf.  The Agenda will be published in the week before the meeting.