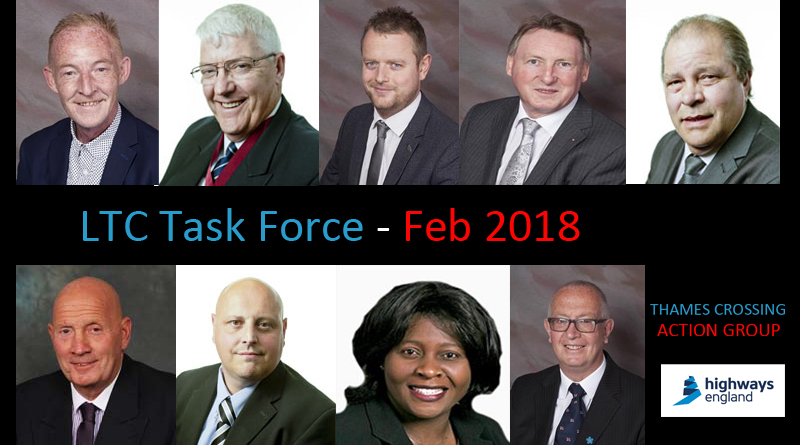 After last months SHOCK announcement regarding the 2018 statutory consultation will have project lead outcomes and virtually no community input, you would have thought this month Highways England (HE) would have come well prepared for the meeting!

As expected HE arrived to the meeting true to expectations and was not prepared to share with us their visual representations of the Lower Thames Crossing Route 3. Three months after showing this information to the SELEP at CEME (nov 2017).

This month HE was represented by two members… and no, Tim Jones wasn’t one of those two reps!

TCAG see this behaviour as Abysmal Bogus Cunning…
The ABC’s of Highways England.

Since our engagement with this government department the level of professionalism and delivery has been extremely poor, this meeting is further evidence of their lack of respect for the community they should be properly engaging with.

Would you trust these clowns with +£6bn project?

Cunning – Twisting information to suit their own desired outcome – Did you know HE credited Option C Route 3 with the LOWEST ENVIRONMENTAL IMPACT!

The Following Exerts are from Highways England Paper work, found within this document > Here <

A conclusion of theirs – Option C (Route 3) was the best environmental outcome for Thurrock…!

How can that be when option A14 consumes very little green belt, and it most certainly doesn’t displace residents from their homes (Life long homes in many cases), or add further additional pollution to the Communities of Thurrock…!

But they Managed to come to this conclusion…

The ‘Shortest Route’ also is a misrepresentation of data. When most journeys are carried out via the M25 and go further than J30 or J2 of the M25, why would you not simply address capacity & throughput issue at the bottle neck, then build resilience in at a later date, addressing wider capacity issues of the M25, with a new outer orbital road. 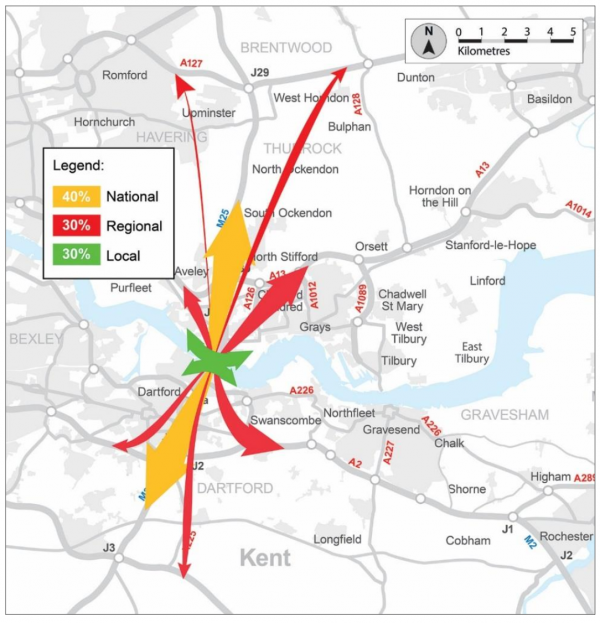 BUT 40% traffic reported in their summary would go beyond J30 or J2 of the M25… This is the level of Cunning people!!!

Route A14 freeing up 40% capacity at the existing crossing seems to me as a win win situation, considering Route 3 only offers 14% with at least a 12mile detour from the M25!

Yes! Our existing ports may still need to use the existing crossing, but they are included in the 30% regional figure. The significance of 40% is its segregation of local and national traffic… That’s a huge safety advantage = Win Win!

The Following comment taken from the above report goes on to tell us a tunnel 7.4kM long would cost more than double of a 1Mile tunnel. Not bad in my opinion, just goes to show economy of scale in construction, while you have a TBM underground, you may as well keep on going as more miles it consumes, the better payback you get from your investment in plant equipment. 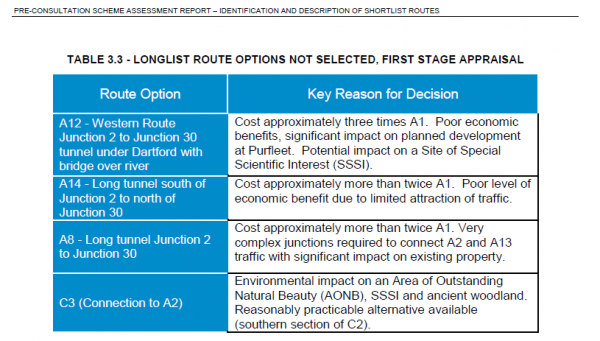 Who are we to judge or question the credibility of this government organisation when they act in this way – We would rather just be told ‘This is the Route‘.

Bogus consultations are a waste of our tax payers money – when it could be put to much better use… Just get on with it, right?

Later in this Process

Highways England will need to provide a comparator route for the DCO process… We are yet to understand what criteria is used to define what a comparator route will look like… But you can rest assured it probably wont be Option A14.

Your chance to write to your MP asking them why Option A14 was discounted when it shows much better with its environmental credentials.

You have the right to breathe clean unpolluted air…. Don’t forget that!

Any how… this is what you came here for – The Meeting notes taken at this months Task Force Meeting!

With the main feature of this months meeting missing… Here are the basic notes take by Matt who sits on the Task Force meeting on your behalf.

Peter Ward (representing Port of Tilbury & Thurrock Businsess) made correction to last months minutes.
A1089 was actually a road not a rail way line.

John Lamb; Made request to all community mtgs held by HE – A summary / minutes of mtgs to be shared publicly.

Cllr Rice – Gary Hodge (Chadwell cf mtg)… Reinforced their request to have parts of route to be ‘cut in’ to prevent pollutants (air / noise / visual) impacting chadwell and surrounding area.

Cllr Allen, deeply disappointed with lack of forth coming info

Rob, explains why maps and vis info pack has been delayed

Matt 17 point doc not answered (two years old now), visual impact rendering was shown at selep (CEME) meeting in November 2017, and yet the Thurrock Task force are being denied the opportunity to view this info before general public release. Effectively cut out of the process… How can we trust anything HE say!?!?

Matt went on to ask – can the info be shared digitally – as soon as its ready so public distribution can commence – although this will mean ward cllrs will not have time to prep for any public questions. Leaving them open for critique, so they will be on the back foot unable to answer questions until such time they have become familear with the route renderings.

L Mulley – stresses her dismay at lack of info sharing. Linda goes on to quiz Robert Audsley ‘most environmentally friendly route / would you live next to it’

Cllr Allen – task force has no bite with HE, lack of respect being demonstrated by HE

Cllr Okunade – HE knowing they was unable to meet this deadline – why did they give us a last minute notice on not delivering visual presentation?

Robert Audsley (HE Rep) answers questions one by one.

consultation put back to summer 2018

Chair (Cllr Smith) requested more public engagement, and invited questions to be submitted for next meeting via > direct.democracy@thurrock.gov.uk

The next LTC Task Force Meeting will be held at 6pm on Monday 19th March 2018.  Members of the public can attend and sit in the public area.  Regarding any questions you may want addressed there is a process whereby you can formally submit a question three days prior to meeting or alternatively ask one of the three public representatives to ask on your behalf.  The Agenda will be published in the week before the meeting.