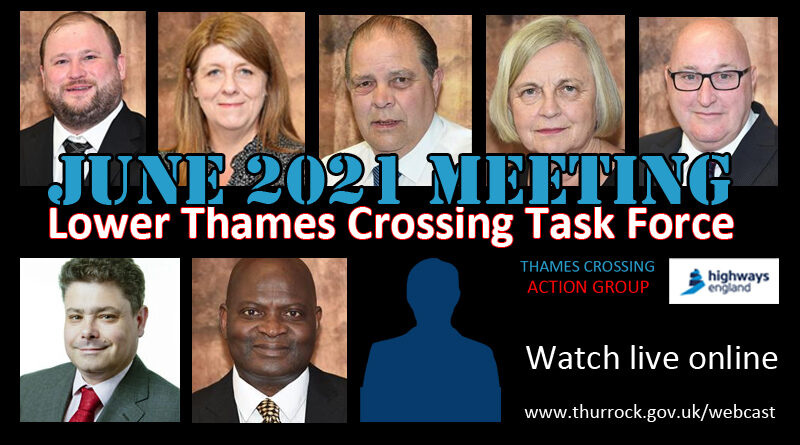 The June 2021 LTC Task Force meeting was the first of the municipal year, which meant that first on the agenda would be nominating and voting for the Chair and Vice Chair.  We are pleased to report that Cllr Fraser Massey has been voted back in to the position as Chair, and Cllr John Kent was voted in as Vice Chair.

Following on from those formalities came an update on the council’s mitigation wish list, more formally referred to as the Hatch Report.

It quickly became apparent that the version of the report that committee members had been sent was not the same as the one officers were referring to, with ours being an outdated version.  As to be expected in these circumstance members were not impressed or happy that we had not been supplied the correct up to date version of the report.

The correct up to date version of the Executive Summary (Nov 2020) that was being referred to has now been updated on the council’s website and can be found here, and can also be viewed below.


We were advised there were six measures on the list that have already definitely been refused by Highways England.

One of the issues that became quite a topic of conversation and concern was the aspect of accommodation for LTC construction workers, if it goes ahead.  With HE estimating 22,000 workers during construction, yet accommodation provisions only being made for around 480 of them, it didn’t take long for concerns to be voiced about where the rest would potentially live during the estimated 6-7 years of construction.

There is already a housing shortage in Thurrock, and what of the impacts to things like healthcare, schools etc, as when working on such long term projects workers often move into the area with their families so all aspects of day to day life and the associated impacts that brings to the area need to be considered.

Since discussions are ongoing between the council and HE on the mitigation wish list officers agreed they would continue to bring the Task Force committee further updates, including a Red, Amber, Green coded update to give us an insight into how things are progressing.

We continue to review and question the mitigation wish list, and stand by our previous statement that any mitigation measures must be in the best interest of the people, and not just to suit the wants and needs of the council for their Local Plan etc.