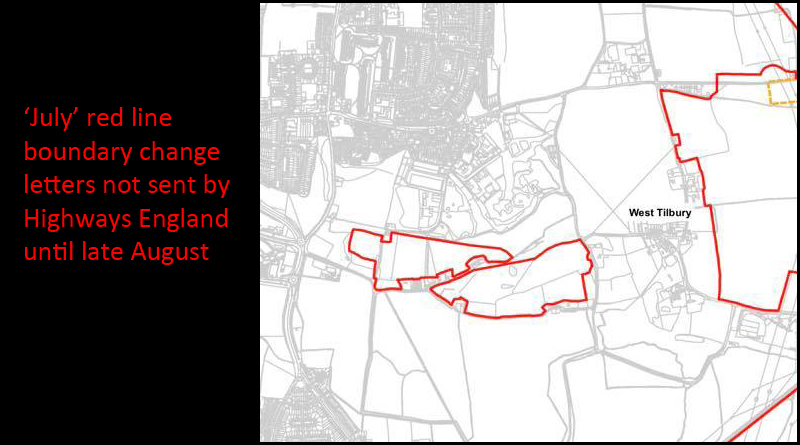 August 29th 2018 the day we discovered Highways England ‘July’ letters not sent to residents til August.

Highways England released new Red Line Boundary Maps in July 2018. At the same time they also wrote to ‘all’ residents affected by the 70% increase in land take due to these boundary changes. Yet in late August, the 29th, we (TCAG) were approached by residents in Biggin Lane, Tilbury; concerned they had received letters from Highways England.

How can Highways England July letters not sent to residents til August?

TCAG Chair, Roger Slade, contacted Highways England regarding the letters, who admitted that the letters should have been sent out in July when the red line changed. HE admitted it was a mistake on their part that the letters have only just been sent (late Aug). They advised they would be sending out a letter of apology to those concerned, which we understand they have now done.

This matter has also be bought to the attention of Stephen Metcalfe MP.