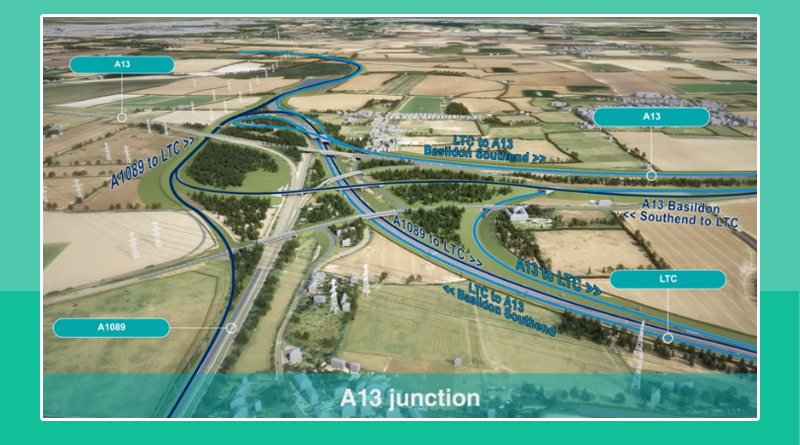 We are still attempting to wade through the 7000 pages of Consultation documentation, and have viewed HE’s latest fly through video

Here are a few of the major changes we have noted so far: 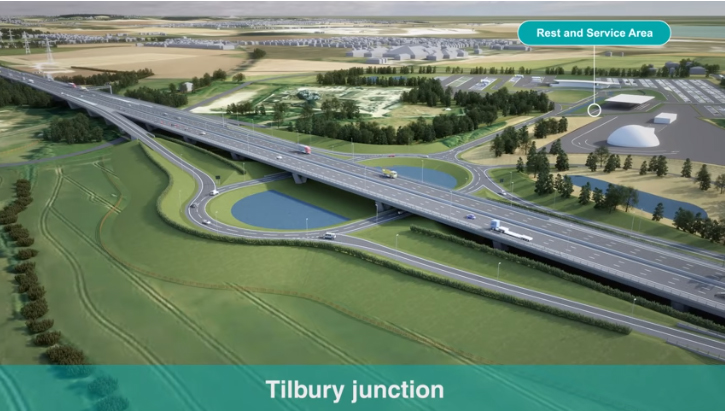 Instead of a road heading westbound at the Tilbury junction on the LTC, there is now instead a road off to the East into a large new rest/service area.

Rectory Road in Orsett will be closed off and the bridge across the A13 removed, with a new road for village access being constructed through the Orsett Showground..This isn’t shown in the HE video. 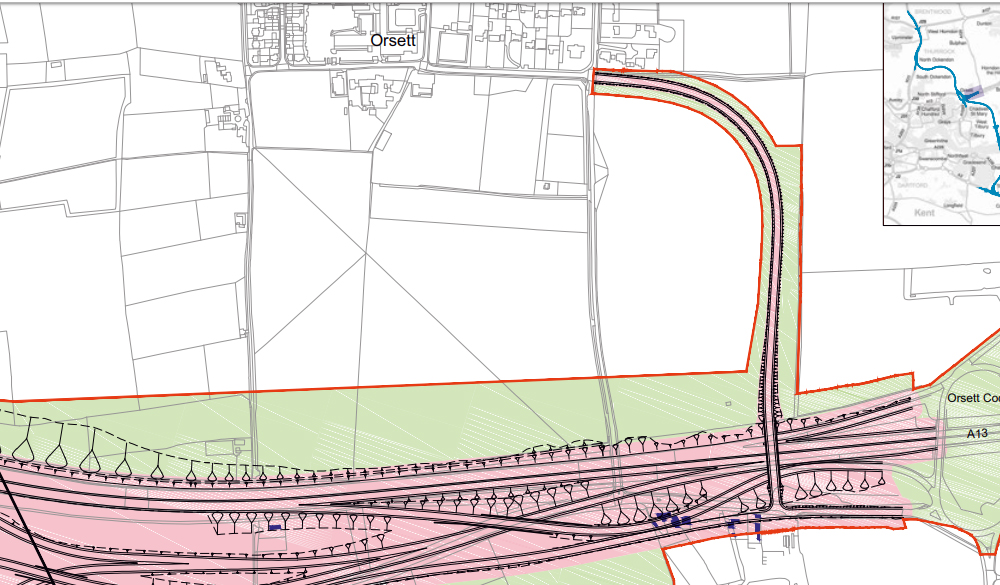 Some of the slip roads at the large junction near Baker Street mimic the dangerous high level hairpin bend at the top of the A1089 where is joins the A13 heading Eastbound.  Obviously not bad enough we have one extremely dangerous sharp bend for HGVs there, we now have two more mimicking it.

Traffic that usually joins the A13 at the Orsett Cock Roundabout will no longer be able to access the A1089 into Tilbury without having to go down the A13 eastbound to the Stanford junction and turning around and then coming back westbound along the A13.

Talking of the A1089 it appears that whilst there are slip roads for traffic coming up the A1089 to join the LTC in both directions, as this stage there is no sign of traffic coming from either direction on LTC being able to head down the A1089, so anything heading for the Port/Docks/Cruise Terminal/Amazon/Asda etc would again need to come off LTC at A13 head down to Stanford and turn around to come back on themselves along the A13 to access the A1089.

(Update to the above re A1089 is now confirmed as per – https://highwaysengland.citizenspace.com/ltc/consultation/supporting_documents/LTC%208%20Consultation%20Brochure.pdf = Page 67)

The LTC now appears to be three lanes throughout the whole length of the route, so that now includes three lanes north of the A13 which had been announced at two prior to this video being released.

We have also become aware of families that will literally be stranded during and after construction at the M25 junction.  HE fail to show their properties on the new video, here’s a screen capture with where these families live circled in red.  They are not in the red line development boundary and therefore are unable to claim compensation until after LTC is complete. 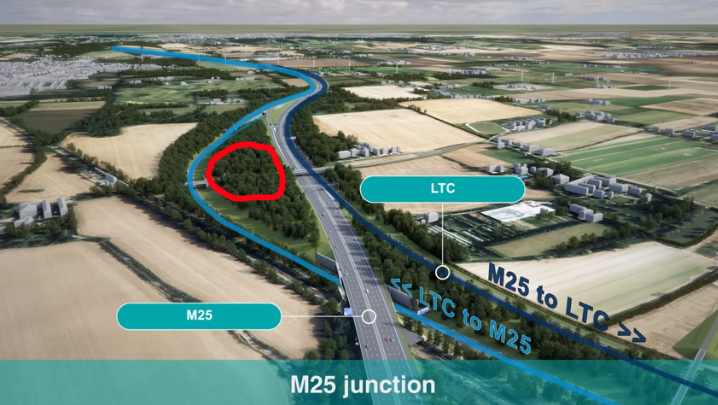 Thurrock Council are now looking into judicial action against HE regarding LTC.  Recent judicial action from the South Downs National Park and a resident in Sussex regarding HE’s A27 project seems to have sparked a new consultation down there where alternative routes that didn’t get fair representation in their consultation have now been bought back onto the table.  This is a positive thing for them, and is definitely something we would like to see happen here regarding LTC after the shambles of the highly flawed 2016 consultation.  So watch this spot!

We continue to review all the consultation documentation, please let us know of anything you pick up on too!