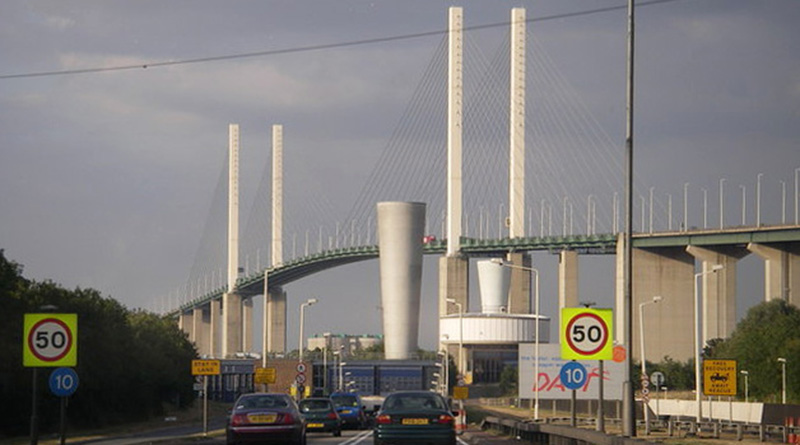 Info
11th November 201727th January 2020 matt a282, dartford, dartford bridge, M25, thurrock crossing
Have you ever wondered why roads contain the number of lanes they do?
I often wonder why the Dartford Bridge was only ever 4 lanes wide, considering the lower speed difference between the approaching M25 (70mph) both sides of the river Thames…and that of the A282 set at 50mph… 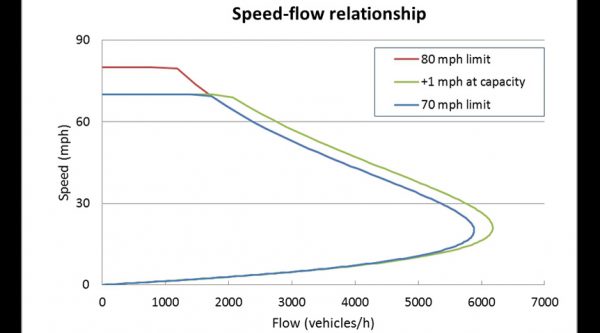 Simple maths…
It doesn’t take a rocket scientist to realise that if you add 30% more lanes (to counteract the 20mph reduction in speed between the M25 and the A282)… you might stand more chance of the A282 keeping up with throughput, ie softening out the speed reduction at which vehicles are approaching the crossing… enabling vehicles at peek times to span out wider with more lanes available. We call this ‘bandwidth’.

—————————————
The Planning
So, when our Highways team planned the additional crossing (bridge) back in the 80s, was this capped at 4 lanes due to financial constraints or did they make a huge blunder with short sightedness? Remembering the M25 at this time was 3 lanes wide, not 4 that we see today (2017).

I wonder if they assumed the 4 lanes across the Thames would remain at 70mph, matching that of the approaching M25, and not be reduced to 50mph for safety reasons…?
Was the bridge ever 70mph can any one remember?
—————————————
How Many More Lanes (future proof 50yrs – a typical figure used)

30% of 4 is 1.2 lanes…. ok we know you cant have a fraction of a whole lane, so in the trade we would simply round up or down and work out the effect. Im sure planners of the time thought 1 lane would be enough based on the approaching M25 was only 3 lanes (30% of 3 is 0.8 so they added 1 more lane no doubt).

Even if British Government was feeling tight back in the day… A 5 lane bridge would have gone some way to tackle the reduction in speed along the A282 compared to that of the approaching M25.
Of course while you are building something this significant, rounding up 1.2 to 2 might seem something you or i might do…. would an additional 2 lanes be that costly to include, certainly adds a level of future proofing dont you think?
—————————————
Why was the bridge never 6 lanes wide… where would one stop in terms of bandwidth???
—————————————
All we know is.. more roads bring more traffic… the only alternative is to think to the alternatives… How about putting more freight on rail?
Investment in this area has been somewhat restricted in the UK especially around London. The other issue we are faced with, is the London centric strategy of the Romans that has been carried on throughout history… both road and rail networks are focused on London, no matter how you look at it.
This document shows how the Romans kicked this all off with their planning of the uk…!

Maybe its time for a new strategy?