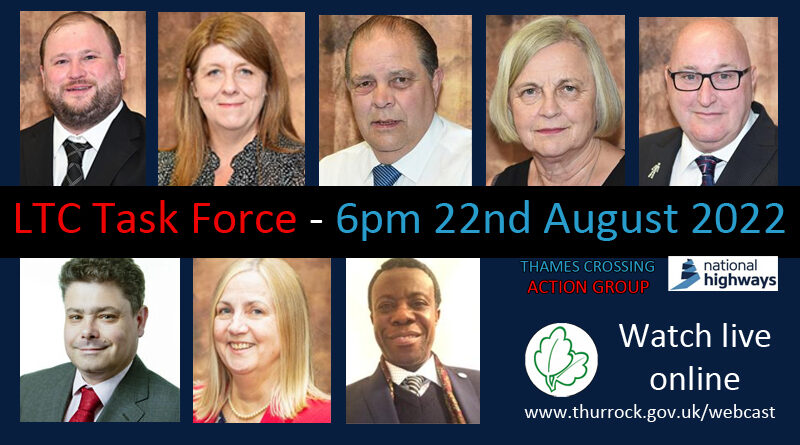 The meeting is organised and hosted by Thurrock Council.

Details of all previous LTC Task Force Meetings, including links to the Agendas, minutes, and TCAG updates, and watch again options(where available) can be found – www.thamescrossingactiongroup.com/ltc-task-force-meetings/.