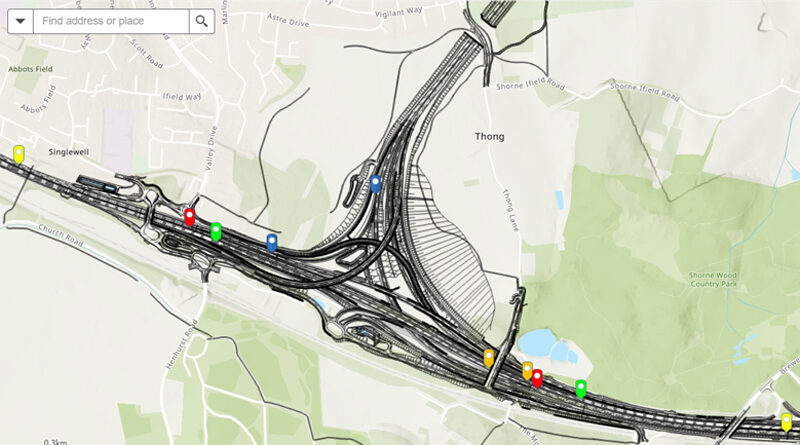 We have known for sometime now that the proposed Lower Thames Crossing would generate A2 bottlenecks, if it goes ahead.

Coastbound on the A2

If the LTC goes ahead then the A2 coastbound would drop to just 2 lanes for a section coastbound near Nells Cafe.

From left to right
The yellow marker shows where the lane markings separate the road with just 2 lanes to the right for the A2, and the 2 lanes to the left for local access and LTC access routes.

London bound on the A2

From right to left

The yellow marker shows where the lane markings separate the road with just 2 lanes to the right for the A2, and the 2 lanes to the left for  LTC access route

The red marker shows where the A2 drops to 2 lanes.  The orange markers highlights where A2 goes to 3 lanes.  And the green marker is where the A2 would again be 4 lanes. 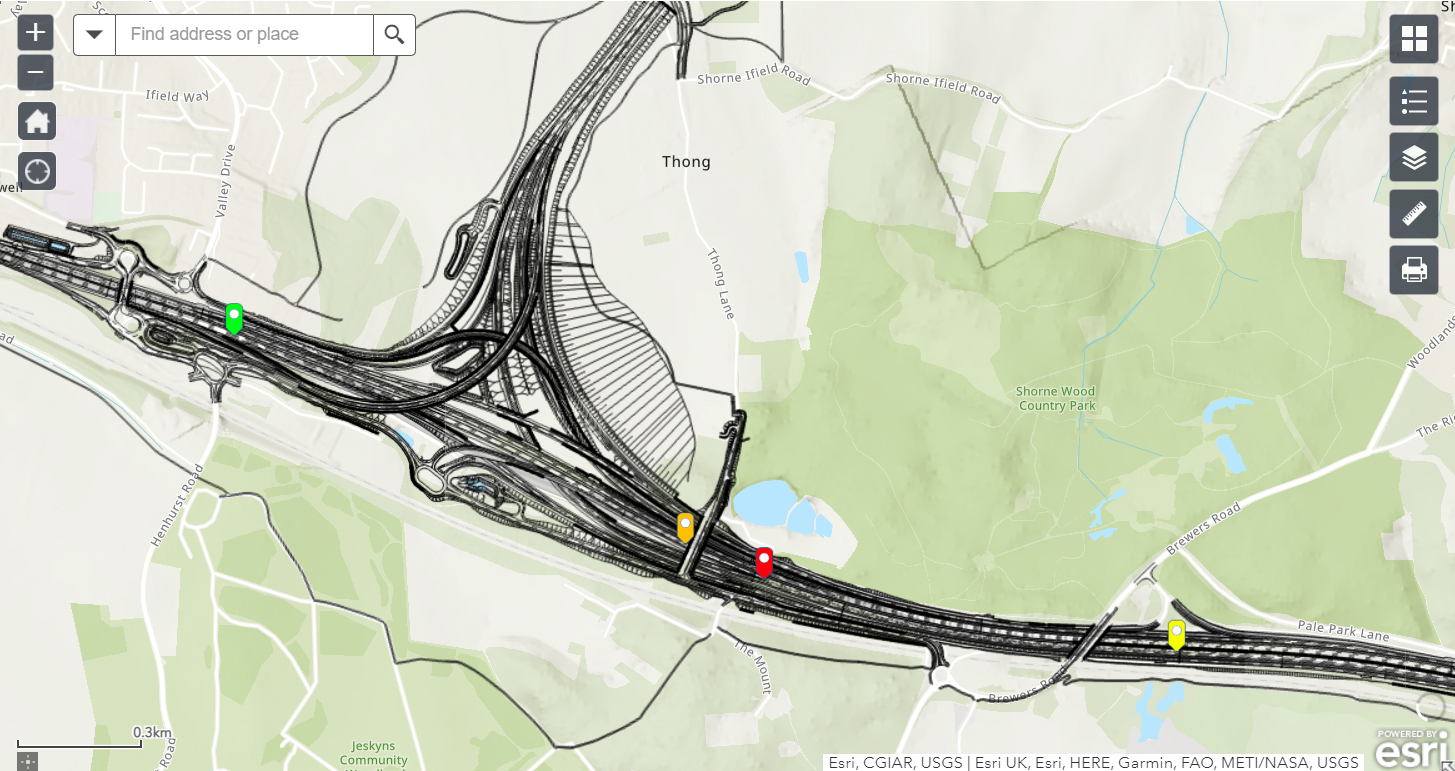 None of the above seems to suggest that traffic would flow smoothly at the best of times, let alone when there are incidents.

A2 to LTC bottleneck

This screen capture was taken from the LTC interactive map. We’ve highlighted the section in question with a blue marker at each end of the single lane section to help you find it (as it’s a complicated junction). Click through and zoom in and take a look! 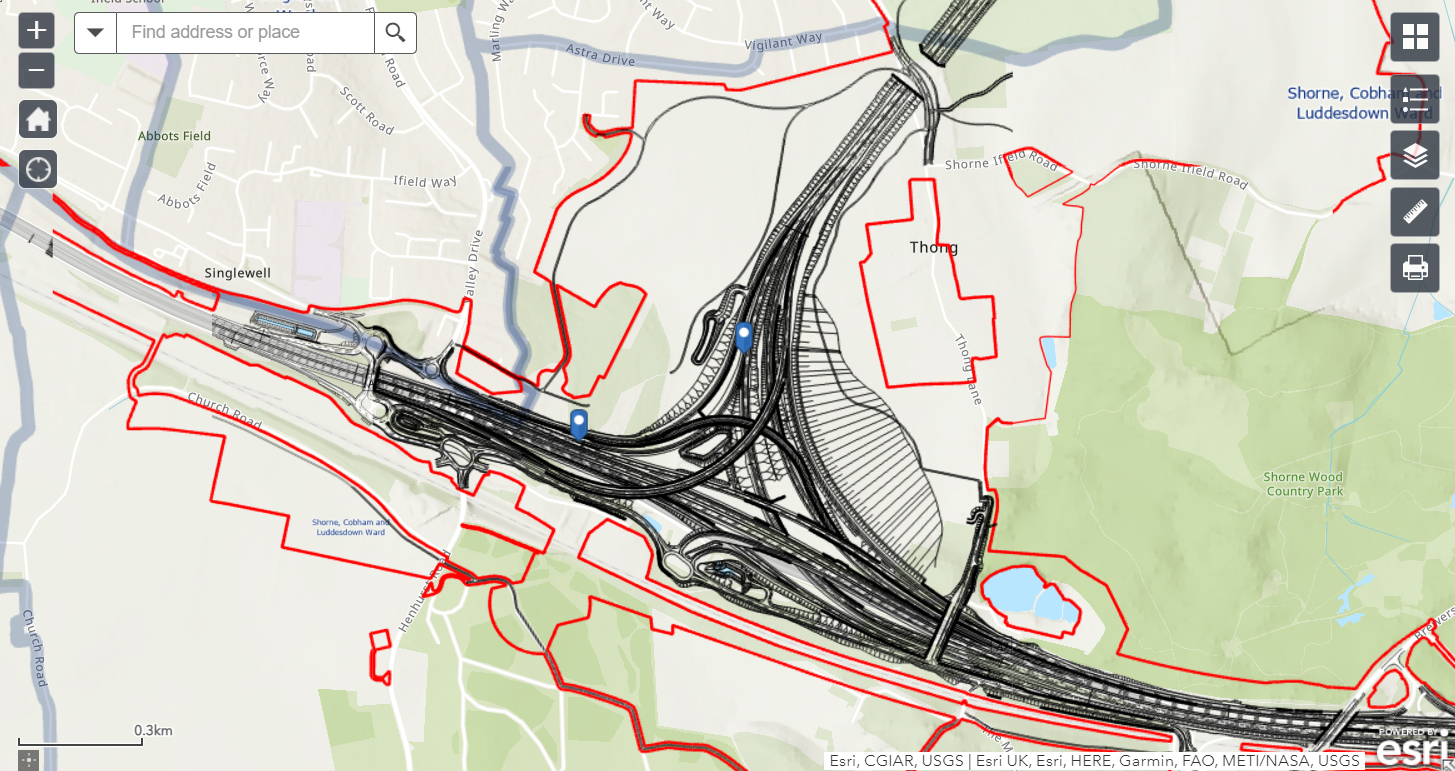 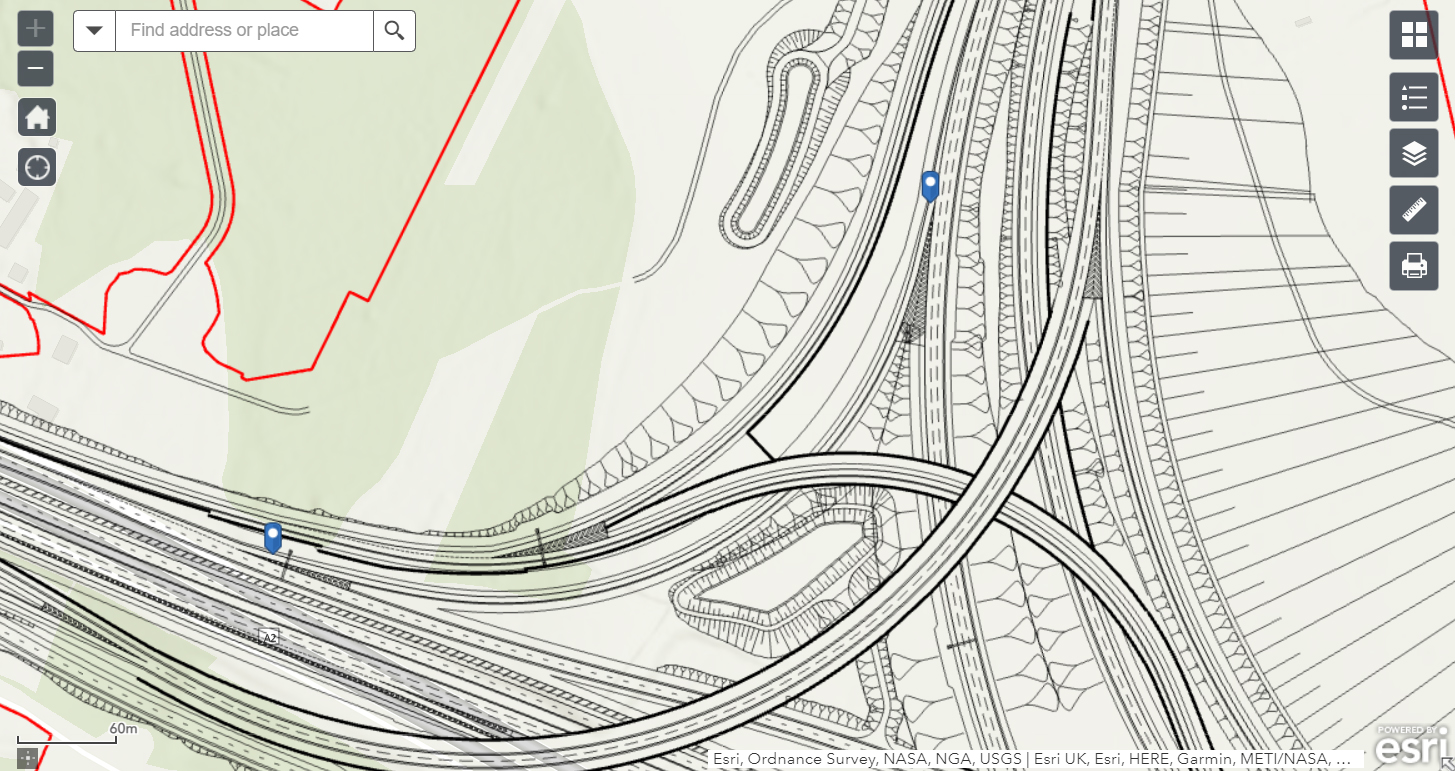 Thanks go to Robin Bull (3rd Thames Crossing Kent’s Views) for creating and kindly letting us use the LTC/A2 junction with us.  Each line represents a lane so highlights the areas with bottlenecks. 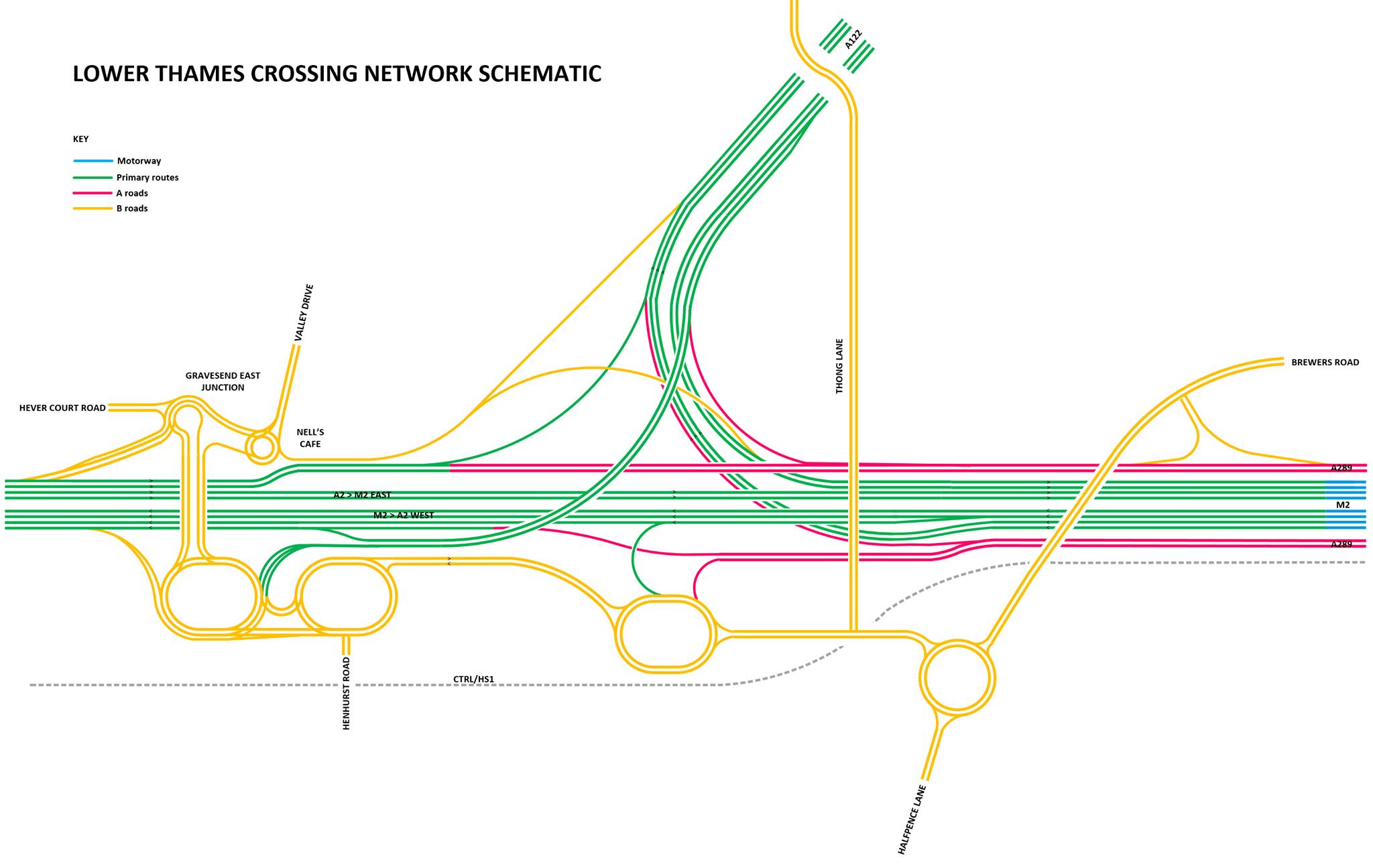 Let’s also not forget that the A229, Blue Bell Hill, would also be greatly impacted if the LTC goes ahead, with traffic cutting through from the M20 to the M2/A2 to access the LTC.  Another concern, and something we voiced our opinion on in Kent County Council’s Blue Bell Hill Improvements Consultation that took place in 2020.

With regard to the loss of lanes on the A2, HE will say that it is to do with industry standards of dropping lanes when you have a filter lane and/or slip road leaving, and then it is added again as the next slip road joins the main route.

It may be considered industry standards to HE, but we call it a bottleneck and a serious concern!

With regard to there only being one lane to access the LTC from the A2 and the chaos it would cause when there are incidents at the Dartford Crossing and traffic needs to migrate, HE say they aren’t and don’t have to consider how traffic migrates for incidents.

What kind of insane logic and way of working is that, especially when dealing with supposedly trying to fix the problems that exist due to the Dartford Crossing?!